SEOUL, Feb. 21 (Yonhap) – The actor Jo Min-ki has stepped down from his role in an upcoming TV series following allegations of sexual abuses, his management agency said Wednesday.

Will Entertainment issued an apology for the controversy and said the actor will drop out of "Children of a Lesser God," set to premiere on the cable channel OCN on Feb. 24.

"The company is well aware of how serious the testimonies against him are ... Jo Min-ki will sincerely respond to the police investigation," the company said in a statement.

The veteran actor was scheduled to play a major role in the drama. The channel is mulling how to fill the vacancy left by Jo's departure.

On Tuesday, news surfaced that the actor sexually harassed and assaulted female students for years while he was teaching acting at Cheongju University in Cheongju, 137 kilometers south of Seoul. Jo resigned after the school's internal probe reportedly found that those allegations were true.

The actor, however, strongly denied the allegations against him in a statement issued late Tuesday by his agency.

Jo made his debut as a theatrical actor in 1982, and since then, he has successfully expanded his career to the small screen and films. 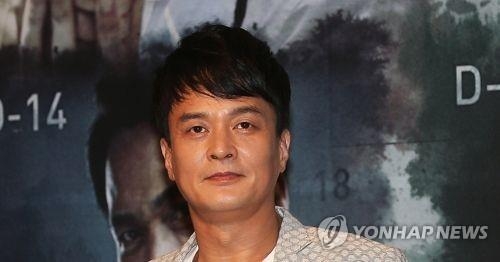