The plane came close to South Korean territory, prompting the Air Force to scramble fighter jets to monitor its activity, according to the Joint Chiefs of Staff (JCS). More than 10 planes, including F-15ks and KF-16s, were dispatched.

The Chinese jet entered the KADIZ at around 9:34 a.m. and approached some 30 nautical miles, or 55.5 kilometers, northwest of Ulleung Island in the East Sea before flying out of the zone at around 2:01 p.m. at the military's warning message, the JCS added.

It described the flight route as "unusual," given China's previous dispatch of warplanes just into the KADIZ south of the peninsula. 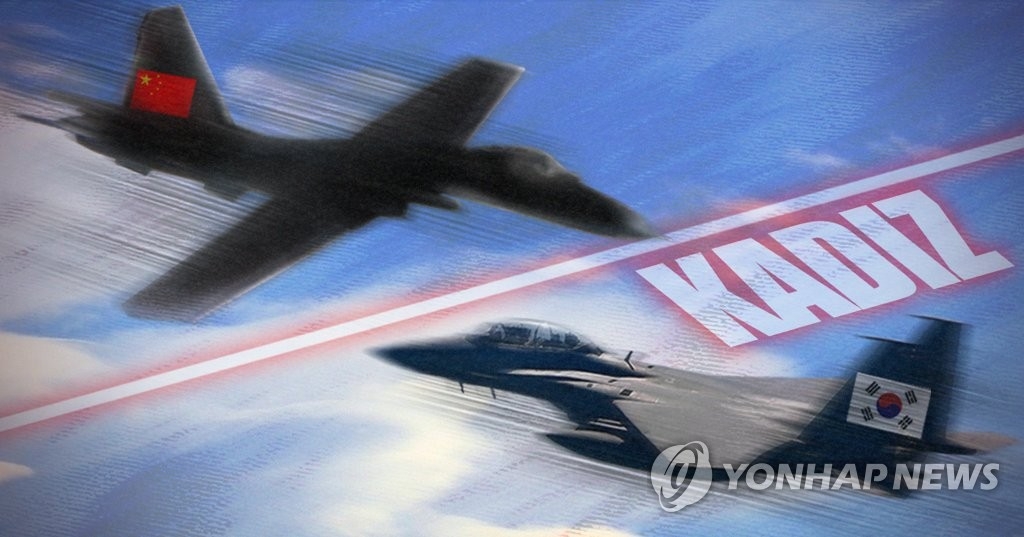 "Our military warned it to stop the act of raising tensions that can trigger an accidental conflict through the South Korea-China (military) hotline and (pilot's) radio communication," it said.

A JCS official told reporters that the jet is believed to be a reconnaissance plane, adding the government plans to lodge a strong protest with China over the act via various channels, including the military and the foreign ministry.

It was unprecedented for China's military aircraft to fly so close to South Korea's eastern airspace without Seoul's authorization, which Beijing claimed was part of a "routine exercise," he said.

On China's intention, he said it seems to be aimed at testing the South Korean military's response.

An ADIZ is airspace over land or water declared by a state for the early identification and location of a foreign plane approaching its territory. It's not defined in any international law or treaty.

The KADIZ near Ieo Island, south of the peninsula, overlaps with the air defense zones designated by China and Japan, a source of potential territorial tensions among the regional powers.