SEOUL, Feb. 28 (Yonhap) -- K-pop group BTS on Wednesday won the Musician of the Year award at the 2018 Korean Music Awards (KMA), an independent music award show that focuses on both mainstream and genre music by South Korean artists.

BTS was chosen winner of the award by the KMA's selection committee, composed of 56 judges who are music journalists, radio and television music program producers, columnists and critics. BTS was nominated earlier this month along with singer-songwriter IU, indie rock band Hyukoh and folk musician Kim Mok-in for the highly-coveted award category. 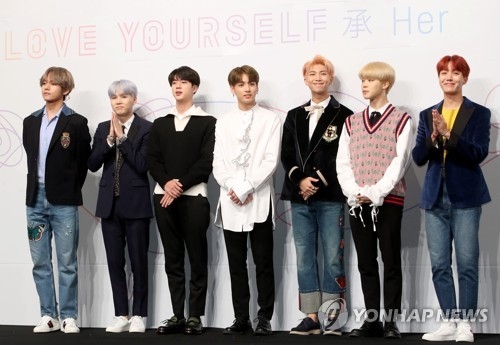 The seven-piece boy band last year released its fifth EP album, "Love Yourself: Her," which sold over 1.58 million copies to become the highest-selling album in South Korea in 16 years, after idol group g.o.d's fourth studio album in 2001. BTS has also enjoyed massive success overseas, with two tracks in the album -- DNA and Mic Drop -- both charting on the Billboard Hot 100 chart and being certified "gold" by the Recording Industry Association of America.

Song of the Year was awarded to "Tomboy" by Hyukoh, after a five-way competition between Red Velvet's "Red Flavor," "DNA" by BTS, "Through the Night" by IU and "We Are" by hip hop artist Woo Won-jae. Album of the Year award was handed to indie folk artist Kang Tae-gu for his second studio album, "bleu."

Hard rock-electronic music trio Idiotape took away the Best Electronic & Dance Album award with its third studio album "Dystopian," as Cifika was awarded best song of the year for the category with "My Ego."

Best Rap & Hip Hop Album award went to Viann and Khundi Panda for their joint album "Reconstruction," while the best song for the category went to "We Are" by Woo Won-jae. 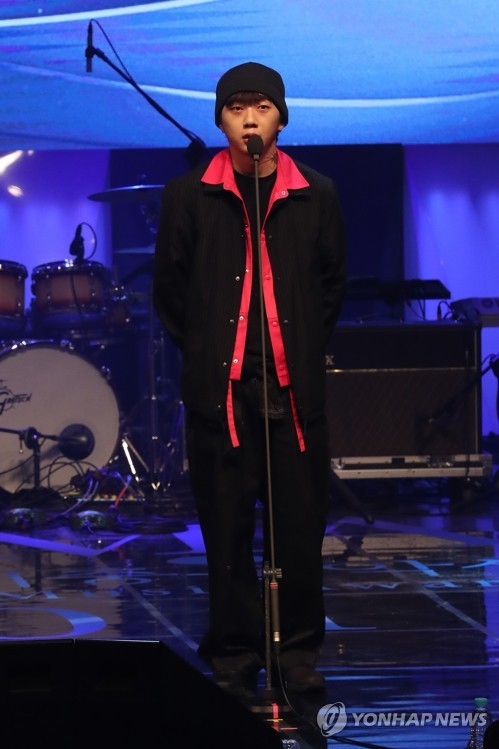 KMA was formed in 2004 by a group of music critics, reporters, radio producers and cultural scholars as an alternative to big awards run by the country's three major TV networks -- KBS, MBC and SBS -- whose fairness had been called into question over many years.

Most of today's music awards, such as those by streaming companies Melon, Soribada and music sales tracker Gaon, rely mostly on data, accounting for physical and digital sales, streaming and online popularity votes. KMA distinguishes itself by openly ditching the sales-based evaluation methodology and relying purely on recommendations from its selection committee.

While KMA is often referred to as the "Korean Grammys," it is more in the vein of Britain's Critics' Choice awards, given that members of the press and the critics community are part of the voting committee. Votes for the Grammy Awards are exclusive to members of the National Academy of Recording Arts and Sciences. 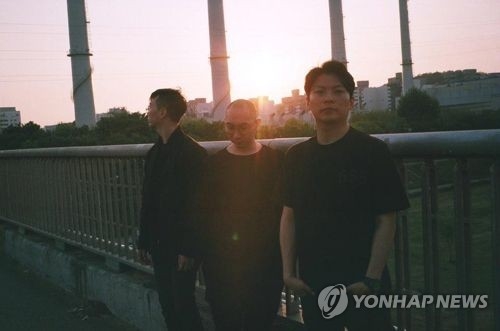 BTS wins Musician of the Year at 2018 Korean Music Awards

BTS wins Musician of the Year at 2018 Korean Music Awards