SEOUL, March 7 (Yonhap) -- Since late January, the "Me Too" movement in South Korea has spread like wildfire throughout all avenues of society, with the arts and cultural circles, similar to Hollywood in the United States, revealed as one of the most predatory areas in terms of sexual violence.

But it's worth pointing out that the alleged sexual perpetrators exposed within the cultural industries have been mostly identified in the film and TV community, leaving many observers of Korean culture asking -- Is K-pop, an industry worth nearly US$5 billion, genuinely so clean as to be free from the Me Too movement?

Several musicians have indeed been accused of misappropriating their clout to fulfill their sexual needs. Celebrity drummer Namkoong Yeon and renowned percussion virtuoso Ryu Bok-sung have been accused of harassing women in the past. Nam has denied the charges raised by multiple women and said he plans to sue them. Ryu has issued an apology.

Underground rap star Don Malik, whose real name is Moon In-sup, has also recently admitted abusing the "fan-artist relationship" in sexually harassing a fan in December. But unlike areas of cinema and theater, which saw big names, such as Oh Dal-soo and Lee Youn-taek, fall from grace, K-pop has yet to see a public accusation raised against a genuinely powerful or an iconic figure. 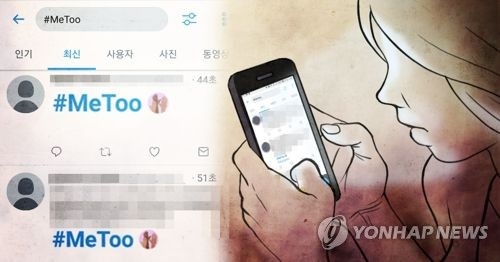 Amid this relative silence, its noteworthy that K-pop artists, often praised as one of South Korea's leading products on par with Samsung smartphones and Hyundai automobiles, undergo intense competition and yearslong training at the hands of their management agencies. Many are placed under strict control, from mobile phone usage to eating habits, at an early age.

As trainees, prospective talents regularly sign long-term contracts while still juveniles, often leaving them susceptible to exploitative contracts, commonly described as "slave contracts," allegedly forcing them to go through years of work without pay and work under dubious clauses.

For many of the trainees, a shot at making a debut is often left purely at the hands of the agencies' owners, especially in smaller or newer companies.

Chung Deok-hyun, a Seoul-based cultural commentator, noted that the K-pop industry's virtual absence from the Me Too movement could be a sign that the industry's culture of information control remains sturdy compared with other entertainment circles.

"Those with ultimate power in the music business are probably producers and management agency heads, who are on the top of the food chain in terms of controlling stars," Chung said.

"It will probably be hard for rookie stars or newcomers to open up about possible Me Too cases while those people are occupying their positions in the industry," he said.

K-pop star Kim So-hee, a former "Produce 101" contestant who debuted in October 2017 as a solo artist, shared an incident on KBS TV's web reality TV series "Idol Drama Operation Team" last year, of being horrified after a senior manager at her former agency asked her to marry her while she was a young teenager. She is currently signed to The Music Works, a label under CJ E&M.

Another music industry insider, who asked for anonymity, said heads of management companies in general exert too much power in deciding the fates of trainees, potentially making or breaking careers, possibly leaving those hoping to debut at the mercy of companies' heads.

"In K-pop, it's not about who is a better or worse singer or a performer. It's about who gets chosen by the company owners, from everything down to positions of individual members in a group," said the person with close ties with the music business.

The K-pop industry in general, unlike movies or theater productions, also tends to thrive on the wholesome image of its stars. Many pop singers, especially female stars, rely heavily on advertisement deals in securing revenue for their companies. Commodity values of singers, when associated with negative news, tends to decline steeper compared with stars in other fields.

But amid the music industry's relative silence within the Me Too movement, others point out the Korean music industry's overall advancement not just in market size and product quality but also in terms of transparency and work ethics throughout the years.

With many companies going public and investing fortunes in training and productions, ranging from albums to music videos, for multiple years, basically too much is at risk to allow several bad apples to run amok.

"I think the overall music scene has changed since the exponential growth of S.M. Entertainment in the early 2000s. Major labels have adopted outside CEOs and have introduced systemic management of stars, far more organized compared to overseas," said Lee Ji-sun, director of the Korean Music Awards.

Another person with close ties in the music industry also noted how artist-management relationships at companies have become stricter compared with the past.

"In many companies, full-time managers are often immediately fired when they try to flirt with the stars," the person said. 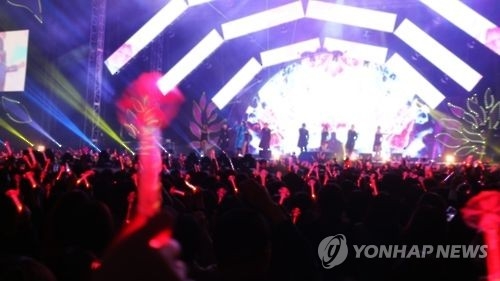 (News Focus) As 'Me Too' sweeps S. Korea, conspicuous silence within K-pop

(News Focus) As 'Me Too' sweeps S. Korea, conspicuous silence within K-pop