SEOUL, March 9 (Yonhap) -- Once a sure-fire success formula at Korean cinema, romantic movies are a rarity these days, eclipsed by male-oriented crime thrillers and period flicks.

Son Ye-jin, a top melodrama star, has long been thirsty for a well-made movie of that genre, as both an actress and viewer, until she encountered "Be With You," her latest title, which is set to open Wednesday.

"I know you love my acting in melodrama movies. I also wanted to see a new one as a viewer," Son said during an interview with Yonhap News Agency at a Seoul cafe. "I missed a film that depicts a pure love story with beautiful images and music, and I had a thirst for that kind of acting as an actor." 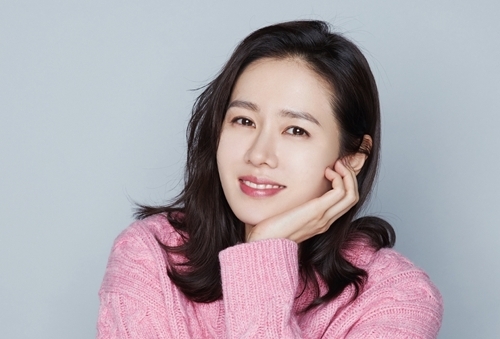 The actress, who turned 36 in January, says she comfortably filmed "Be With You" partly because it did not have many close-up scenes and she surely knew how to act as she got older.

"When I filmed 'The Classic,' there were lots of things that I didn't know or were too difficult. But this time, I wondered if it's okay to work this easily."

"Be With You" is the Korean remake of a highly successful 2004 Japanese romance about a mother who returns to her family a year after her death. The character of Son's mother, named Su-ah, returns one year after death with the start of the summer rainy season. Losing her memory, Su-ah falls in love with her husband, Woo-jin (played by So Ji-sub), once again, as he recalls his old memories of life with her. But the magical time permitted for their reunion lasts only until the end of the rainy season. 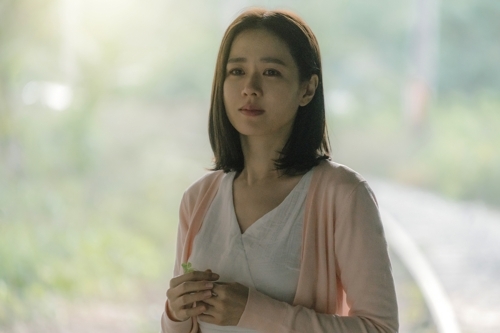 "It starts with the high school days and ranges over dating, marrying, having a baby and the process of parting again. It was different from previous romance movies for comprehensively including thoughts about life."

The actress said the chemistry of lead actors is crucial for a melodrama, to the point that she can even picture a totally different movie depending on who her counterpart is.

"I thought the movie already achieved a half success when So chose to be in it," she recalled. "I handed tissues out to Ji-sub during a media screening for the movie because he wept a lot. I think he was really immersed ... I'm grateful for him."

After the release of the movie, Son is scheduled to return to the small screen, after five years away, with a JTBC TV romance series. Her next movie, whose title roughly translates as "Negotiation," is waiting for a theatrical release later in the year. In the movie, she co-stars with actor Hyun Bin as a police negotiator named Ha Chae-yoon.

"Becoming able to do a melodrama movie means a lot to me even though you may think I'm exaggerating if I describe the feeling as 'moving.' I think I'm blessed." 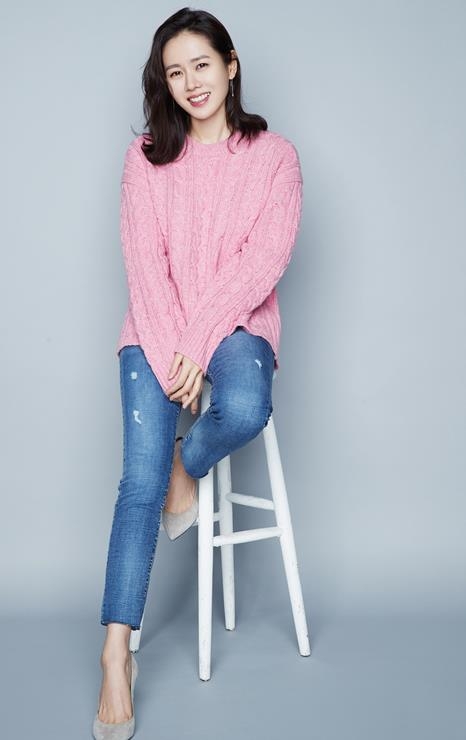