SEOUL, March 14 (Yonhap) -- Despite improved bilateral ties, South Korea is still smarting from China's retaliation against the deployment of a U.S. missile shield here, one year after the implementation of the costly move.

Amid signs of a growing rapprochement on the Korean Peninsula, however, market watchers express guarded optimism about China's easing of the retaliation, but it remains to be seen how Beijing will act down the road.

Seoul and Washington insist it is purely designed to counter North Korea's missile threats, but Beijing argues the system's powerful radar could be used to spy on it.

The move has not only hit South Korea's tourism industry hard but also Lotte Group and other South Korean companies that have made forays into the world's second-largest economy.

According to the state-run Korea Tourism Organization, the number of Chinese tourists to South Korea came to 4.17 million in 2017, down a whopping 48.3 percent from the previous year.

The tumble in Chinese visitors is estimated to have trimmed approximately 5 trillion won (US$4.7 billion) off South Korea's gross domestic product last year, with its services account posting the largest deficit ever.

Despite rising sales, local duty-free shops, whose main customers were Chinese tourists before the travel ban, are said to be still having hardships due to tumbling profitability.

Last year, the combined top line of duty-free shops surged 20.8 percent on-year to a record high of $12.8 billion due mainly to increased buying by Chinese peddlers, despite a plunge in Chinese tourist arrivals.

But a stiffer discount competition to lure customers has eroded their profitability. 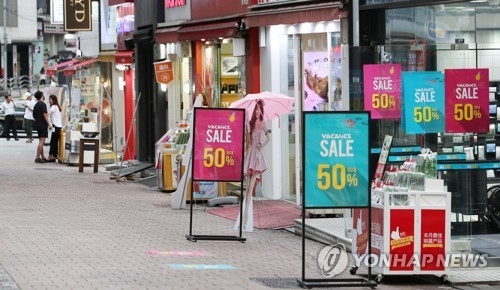 Industry watchers say there are signs of China's easing of the retaliation amid improving Sino-Korean ties, but more visible measures have yet to come.

In early November last year, Seoul and Beijing agreed to put their bilateral ties back on track, setting aside their bitter row over the installation of the advanced missile battery. In a summit a month later, South Korean President Moon Jae-in and his Chinese counterpart Xi Jinping agreed to make efforts to improve the two countries' relationship.

Since then, China has allowed group tours to South Korea, but Beijing still limits incentive and cruise tours to the neighboring country, which analysts say is far from a blanket lifting of the retaliation.

Some industry sources, however, said there are expectations the Seoul-Beijing standoff may be resolved amid a growing detente on the Korean Peninsula.

"Despite improved Sino-Korean ties, China has not (fully) lifted its retaliatory measures," a source said. "But there is guarded optimism about changes this spring."

In a dramatic turnaround from icy relations, South Korean President Moon Jae-in is scheduled to hold a summit with North Korean leader Kim Jong-un in late April to discuss ways of promoting peace on the peninsula. U.S. President Donald Trump agreed last week to a summit with Kim by the end of May after the reclusive leader expressed his commitment to denuclearization.

On top of tourism, some South Korean companies have been battered by China's THAAD retaliation.

Lotte bore the brunt of Beijing's retaliation after it signed a land-swap deal with the South Korean government to provide a golf course as the host site of the THAAD battery.

Eighty-seven of its 99 Lotte Mart discount stores in China suspended operations, and sales at a handful of stores that managed to stay open tumbled more than 80 percent.

The group has decided to sell Lotte Mart's Chinese stores that suffered 1.2 trillion won in lost sales, but the sale process has made little headway amid no changes in Beijing's stance.

Lotte's giant construction project in Shenyang, China, also has been on ice for about one year, with its other operations and plants being stymied by security and fire inspections. The group has also been hit by Chinese consumers' boycott.

Lotte is not alone. South Korean cosmetics and food companies with exposure in China have also taken a big hit from Beijing's retaliatory measures.

"Companies are taking unbearable blows due to a political situation," an industry source said. "They have already suffered big losses, but we hope they can pull out of this situation as soon as possible and put their Chinese business back on track." 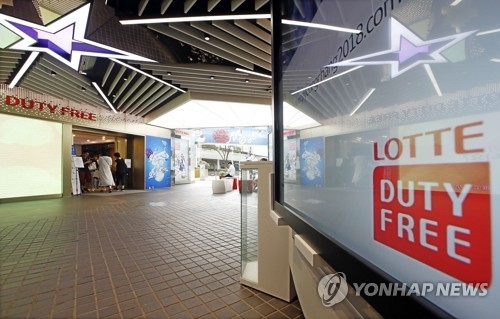