SEOUL, March 20 (Yonhap) -- When a perfectly happy housewife is diagnosed with a brain tumor and told that she is terminally ill, she sets out to do the most expected thing: to find the new love of her life.

MBC's new series "Let's Look at the Sunset Holding Hands" explores the meaning of love and life for a woman whose days are numbered.

At the media event held at the network's headquarters in Sangam-dong, western Seoul on Tuesday, producer Jung Ji-in said the drama will show how, under extreme conditions, love is expressed and the intricate relationships of the characters change.

"Many TV series these days center around episodes but this one develops mainly around the character's emotions," she said. "The actors have been amazing in expressing different feelings."

The story revolves around the housewife Nam Hyun-joo, played by Han Hye-jin, who learns that she has the same fatal disease that caused her own mother to die and that she has only three months to live.

Rather than spending time and energy on her family, she decides to live her abbreviated life for herself. She slowly develops romantic feelings toward her doctor Jang Seok-jun, played by Kim Tae-hoon. Jang is determined to save the life of his patient because reminds him of his late wife, who died of the same disease. 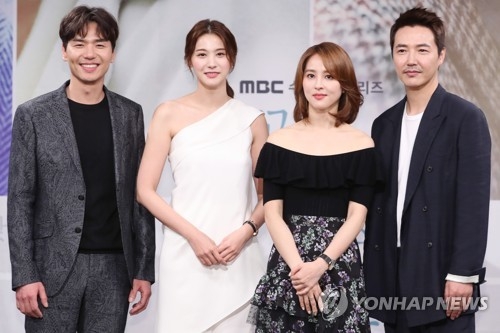 The drama is Han's first in almost four years since SBS' "Kind Words."

At the media event, she said she chose the drama because the character looked so appealing and worth trying as an actor.

"The script made me want to challenge myself. I knew it could be difficult, but I was like, 'Let's give it a try,'" she said, adding that her husband also encouraged her to take the role.

"He insisted I should take it, saying I was an actor even before I became a mother and that I shouldn't just stay in my comfort zone."

In the wake of a monthslong strike that crippled production at MBC, the success of the new drama is critical for the major network.

The media event Tuesday was attended by management officials including its new president Choi Seung-ho.

Last month, prime-time drama slots were filled by special programs for the 2018 PyeongChang Olympic Winter Games and reruns of the medical drama "Behind the White Tower," a 2007 series based on the Japanese novel "Shiroi Kyoto" by Toyoko Yamasaki.

The drama is set to premiere at 10 p.m. on Wednesday. 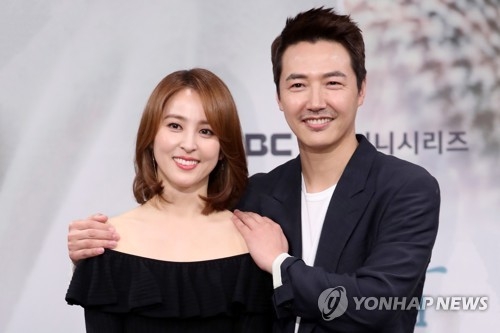