SEOUL, March 28 (Yonhap) -- South Korea said Wednesday it will send more scientists to an international consortium for the building of a nuclear fusion reactor so as to help build its own clean energy facility down the road.

The Ministry of Science and ICT said it will proceed with plans to raise the number of South Korean scientists at the International Thermonuclear Experimental Reactor (ITER) to 95 by 2026 from the current 32. The project currently employs 825 scientists from seven consortium partner countries.

The ITER, being built in Cadarache, France, is an international experiment to see if a super-hot plasma field locked in magnetic confinement, and using naturally abundant tritium and deuterium as fuel, can create an artificial sun on Earth. If the project is successful, it could provide mankind with a limitless energy resource.

"It is important for us to allow more South Korean scientists to join the ITER project, as the most important asset we can get from the project is manpower," a ministry official said.

The ministry said it will nullify the 10-year limit for the work period in the consortium for South Korean scientists while allowing more scientists to join the National Fusion Research Institute (NFRI) after completing their duty at the ITER consortium. 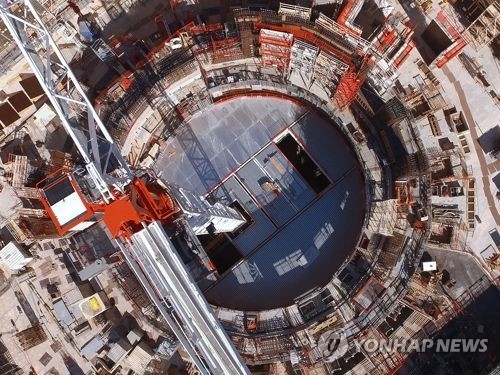