Under the agreement, BTS will promote LG Electronics' smartphones, including a new flagship model expected to be unveiled in June, through advertisements and various other platforms, including social media.

The company said it hopes that BTS, which boasts popularity not only in South Korea, but in the United States, Europe and South America as well, will help beef up its brand image in the global market.

LG Electronics said it chose BTS as the new models as the group's talent and attitude toward fans fall in line with its business strategy.

The South Korean tech giant said it has also been focusing on improving fundamental features of smartphones, while continuously taking care of its users by providing software updates.

"As BTS has become world-class artists on the back of their continuous efforts and strong capabilities, LG also plans to establish a new image for its smartphones based on perfection and distinctive convenience," the company said.

LG Electronics has been struggling to revitalize its handset business, which has been posting shortfalls for several years. 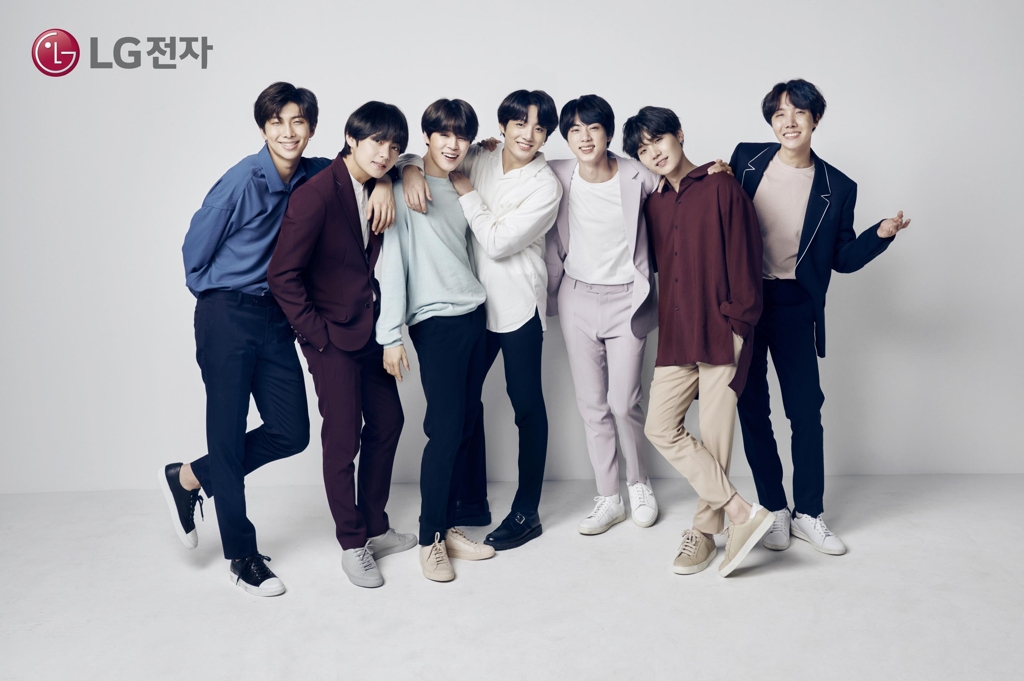