SEOUL, April 6 (Yonhap) -- Though he's not 30 yet himself, Nexen Heroes veteran Ko Jong-wook is already the oldest outfielder on his team.

And it's the performances of those younger teammates that have fueled Ko, who's 29 in his sixth Korea Baseball Organization (KBO) season.

Take the 19-year-old sophomore Lee Jung-hoo, for instance. The former high school shortstop won the Rookie of the Year in 2017 as an outfielder, while setting freshman records with 179 hits and 111 runs scored. He's off to a solid start this year too, with a .316 batting average in 10 games. 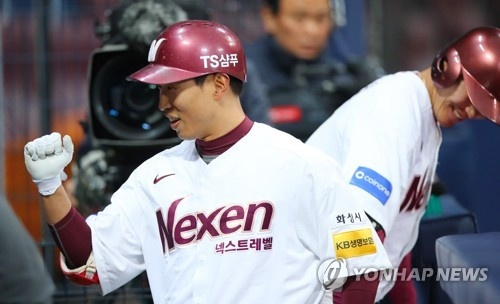 "When Jung-hoo joined the team and became a regular last year, it sent a jolt through our outfield," Ko said before the Heroes' regular season game against the KT Wiz at Gocheok Sky Dome on Thursday. "Right now, he's playing like a veteran and shows the savvy of someone who's been around for more than 10 years. Byeong-wuk has been playing well this year, and it has really driven me."

The quick start this year puts Ko on a pace to achieve his first 20-20 season. Only three players last year had at least 20 homers and 20 steals. And as teams have shifted away from manufacturing runs on the base path to just trying to hit home runs, only six players even stole 20 bags in 2017, down from 10 such players in 2016 and 16 in 2015.

"I don't even hit in the middle of the order, so I don't really pay attention to home run totals," Ko said. "But during spring training, I tried to start driving the ball better. I worked on improving my body rotation and the launch angle. I hit a lot of ground balls in preseason, and I am glad I've got three homers so far in the regular season."

Ko has indeed been a ground ball hitter. Last year, he was 12th in the league in the ground ball-to-fly ball ratio with 1.31. This year, Ko has hit 10 ground balls compared with six fly balls, a ratio that puts him in a tie for eighth. But Nexen coaches say Ko is making harder contact than in past seasons.

"I am not necessarily trying to reduce my ground ball rate," Ko said. "I want to hit more line drives and make hard contact on grounders so that they will get past infielders."

In 2017, the Heroes as a team went in a different direction as far as steals. They had just 70 swipes last year to rank seventh, after leading the KBO with 154 in 2016.

For this season, the Heroes have given their speedsters the green light. 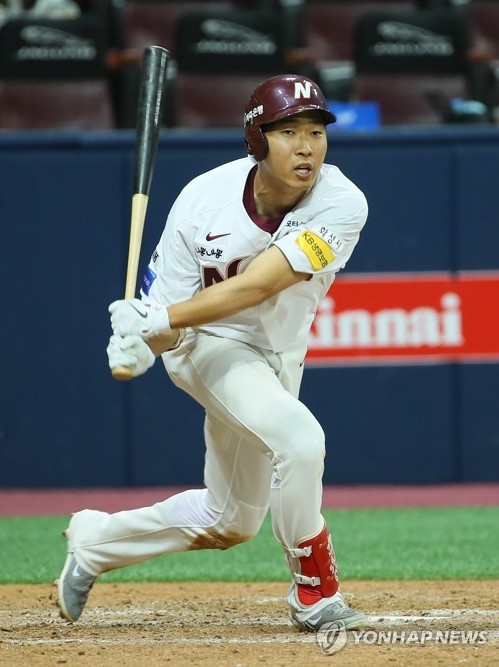