According to the real-time box office tally from the Korean Film Council, the movie reached 2,072,769 in cumulative audience figures after attracting 226,621 people on Saturday. The latest tally is the third highest after "A Tale of Two Sisters" in 2003, which was seen by 3.15 million movie-goers, and "The Phone" in 2002, which tallied an audience of 2.2 million.

Inspired by the Gonjiam Psychiatric Hospital, designated by CNN as one of the freakiest places in the world, "Gonjiam: Haunted Asylum" depicts seven visitors' bizarre and frightening experiences in the hospital, located in Gwangju, Gyeonggi Province.

Following its premiere on March 28, the movie debuted at No. 1 in its first weekend at the box office. The horror film, written and directed by Jung Bum-shik, has also been invited to the 20th Far East Film Festival in Udine, Italy. 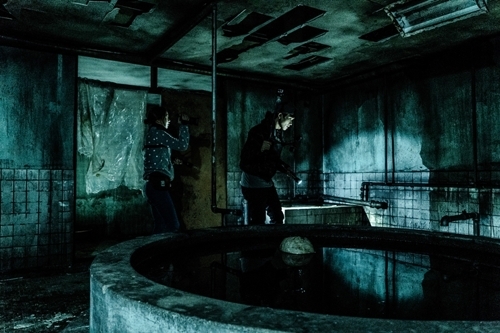