SEOUL, April 11 (Yonhap) -- There's one basketball league in the world where LeBron James is not allowed to play: the Korean Basketball League (KBL).

It's not that James, who is listed at 203 centimeters, is so superior against others but because he is just too tall to play basketball in South Korea.

Starting next season, the KBL will apply new height restrictions to foreign players. The KBL teams are allowed to have two foreign players on their rosters, and from the 2018-19 season, one player must be no taller than 200 cm, while the other needs to be 186 cm or smaller.

Such restrictions are now resulting in scenes that sports fans might not have seen before: a basketball player trying to reduce his height.

To help their players qualify for the new standard, KBL teams are trying to figure out ways to reduce the height of players. One team purchased the same height measuring scale that the KBL uses and let their players practice measuring one another. Some teams reportedly told their players to hold heavy equipment and jog before measuring themselves after hearing that such activities could help reduce height. 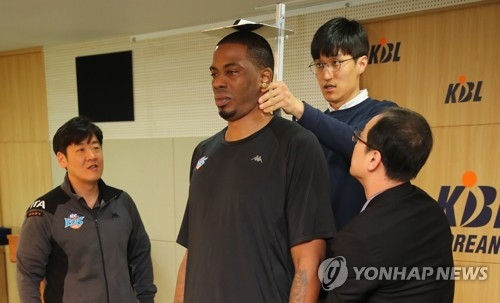 One of the players who succeeded that mission was Charles Rhodes. The 32-year-old American, who has played with five KBL teams in his career since 2010, had to be measured because he was registered at 200.1 cm.

Although he was only 0.1 cm above the limit, Rhodes had to go through the rigorous height measurement at the KBL Center in Seoul last Friday, which took him nearly 10 minutes. All players must be barefoot and cannot bend their knees and neck. When announced he was 199.2 cm, Rhodes kneeled and raised his hands to celebrate his qualification.

"It was stressful, but I feel so great," Rhodes said after the measurement. "By far, it was the most nervous measurement in my whole career."

But not all players were as lucky as Rhodes. David Simon, who topped the KBL this season in points (25.7) and blocks (2.1) per game, with Anyang KGC, was forced to leave after he failed to make the cut.

Following Simon's departure, some angry fans even filed a petition to the presidential office to abolish KBL's height standards, calling such restrictions a comedy.

"This is an international shame," an online petition on KBL's height restrictions read. "It's disgusting that a player like Simon is forced to retire in South Korea because of this ridiculous rule." 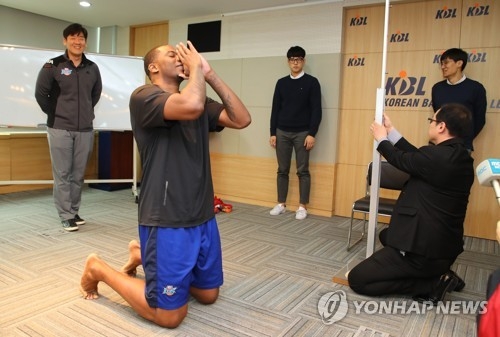 Despite heavy criticism, the KBL does have a reason for adopting new height restrictions: to produce high-scoring, fast-tempo games with speedy foreigners. The league believes the height restriction will bring in more skillful foreign players and raise the quality of the game.

"We set the limit at 200 cm because from our analysis, foreign players who played the best in the KBL were around that height," said KBL Secretary General Lee Sung-han. "We believe this new height restriction will revive the popularity of pro basketball in the country."

Since the KBL was founded in 1997, a height restriction has always been applied except for seven seasons from 2008-09 to 2014-15. The 200 cm limit, however, is the smallest height limit ever for a big player. The previous smallest was set in 1997, when the league barred those who were over 203.2 cm.

For the last two seasons, the KBL stated that only one of the two foreign players must be 193 cm or under, allowing teams to sign tall players.

"Coincidentally or not, we didn't have high-scoring games when we had no height restrictions," Lee said. "We hope that small foreign players can bring some speed and more fast-tempo games that fans can enjoy."

But experts refute that the low-scoring games in those seven seasons were directly related to the height restrictions. For the seven seasons without height restrictions, except the 2008-09 season, only one of the two foreign players on the team was allowed to be on the court at any point. In other past seasons, teams were allowed to send two foreigners to the court in some quarters. 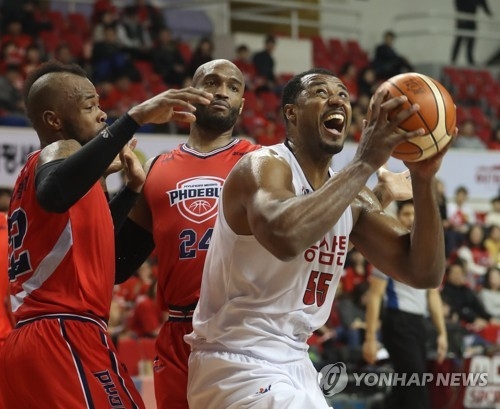 "What the KBL is misunderstanding is producing high-scoring games is the only solution to boost the league popularity," said Son Dae-bum, a basketball commentator at KBS. "The KBL should look into fundamental problems, such as marketing and referee issues."

Son added that the KBL should get rid of the stereotype that big men can't play fast-tempo basketball. He emphasized that some big foreign players have made the league exciting with their own styles of play.

"Unlike in the past, coaches in South Korea have changed, and they know how to play offensive basketball," he said. "The KBL should also be aware that the players like Simon and (Rod) Benson have built strong bonds with fans here but kicking those players out just because they are too tall isn't going to help the league."

KBL Secretary General Lee said another goal of height restrictions is to protect local players, especially those who play center. When the KBL had no height limits, the average height of foreign players easily surpassed 200 cm, and most of them played as center or power forward and dominated the front court.

"It's obvious that our players will have to compete against opponents who are much taller at international competitions," said Kim Dong-kwang, former national team head coach who now works as a commentator at MBC Sports+. "But rules are rules." 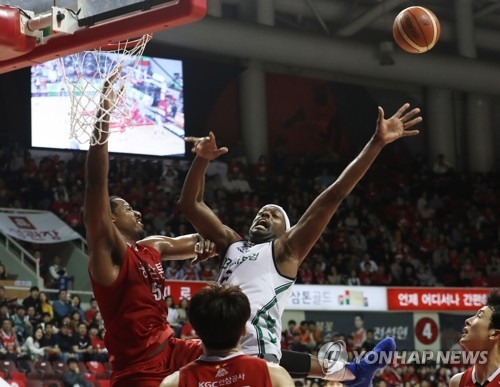 Kim said the new height restrictions will make 10 KBL teams busy this offseason as some of the players who played in South Korea are not available.

"It will obviously depend on whether the team has a big local player or not," he said. "Obviously, teams want to find tall, powerful foreigners who can score in the paint and meet the height standard, but you know, it's not easy to find that kind of player."

The KBL expects that the height limits will not heavily affect the supply of foreign players next season because the league decided to change the recruitment system from draft to free agency. Citing 2016-17 data, the KBL said 48.9 percent of the players in NCAA basketball are between 6-foot-4 (193 cm) and 6-foot-8 (203 cm).

"Although it depends on the teams' roster situations, most teams basically look for a foreign player who can dominate the paint and the height limit will increase the importance of such a player," said Byun Young-jae, who is in charge of international affairs at Incheon ET Land Elephants. "Because of the free agency system, we are going to have a larger pool, but the value of a 200 cm player who can play in the paint will increase. Competition to sign quality players will be fierce."