Starting Monday, trading of shares in the South Korean tech behemoth will be suspended for three business days as the face value of shares are lowered from 5,000 won (US$4.63) to 100 won, according to the bourse operator, the Korea Exchange.

Trading will resume on May 4. The local stock market will be closed on Tuesday in observance of Labor Day.

The unprecedented move came after Samsung's board of directors earlier this year approved the 50:1 stock split to enhance shareholders' value on the heels of robust earnings last year.

The stellar growth of Samsung Electronics in the global arena in recent years has made its shares the most valuable on the KOSPI market, making it far too expensive for most ordinary retail investors.

Shares of Samsung Electronics ended at 2,607,000 won on Thursday, up 3.45 percent from the previous session's close.

The stock split will push up the number of common stocks that can be bought, from the current 128.3 million to more than 6.41 billion. The market capitalization remains unchanged. 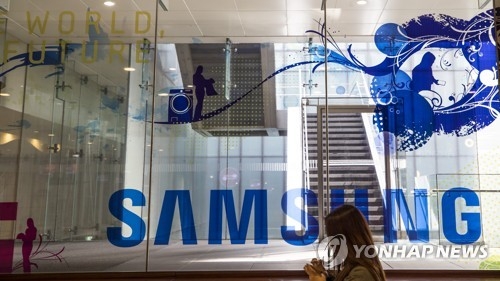 Over the short term, the stock split is expected to jack up the tech giant's stock prices, analysts said.

"The move will make investments in Samsung Electronics more accessible and will boost up the trading volume," said Choi Chang-gyu, an expert at NH Investment and Securities, adding that 24 out of 39 cases of stock split on the main KOSPI market since 2015 led to growth in the overall transaction volume.

Song Myung-seop at Hi Investment & Securities also forecast a surge in Samsung's share prices lasting, "at least for two to three weeks as it will raise the number of investors and add liquidity in real terms."

But many expect the positive effects to be short-lived.

"If similar cases overseas serve as any guide, chances are high for the Samsung share prices to advance, but investors tend to regard it as a one-off event," said Song Seung-yeon, an analyst at Korea Investment & Securities.

"Corporate fundamentals, as well as overall business circumstances, will determine the growth momentum in the long-run, as they are the key factors in estimating share prices, not such events," she added.

Pointing to the analysis of 114 share division cases since 2013, Ahn Hyuk from Korea Investment & Securities recommended the offloading of big-cap shares on the day of its market reentry.

"In the past, share prices rose before a stock split move, and they soon reversed course as the upturn momentum weakened," he said. "May 4 would be the optimal timing for offloading the large-cap shares."