SEOUL, April 30 (Yonhap) -- Coca-Cola Beverage Co., the local unit of the global beverage maker, said Monday it has tapped K-pop boy band BTS to represent it in its advertising.

The K-pop sensation will debut as the promoter of the brand in June, in time for the World Cup in Russia, the company said. Coca-Cola has been an official sponsor of the FIFA World Cup since 1978.

The seven-member group is set to release its third full-length album, "Love Yourself: Tear," next month. 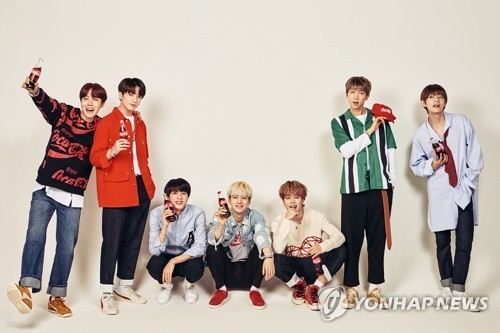