SEOUL, April 30 (Yonhap) -- Netflix on Monday unveiled its first original Korean variety show, "Busted! I Know Who You Are," as the streaming giant seeks to strengthen its content portfolio in collaboration with the globally popular Korean entertainment industry.

The U.S. company teamed up with the Korean production firm SangSang, which has produced popular variety shows like "Running Man" and "Family Outing." The new show has been heavily promoted as an "unconventional variety game show in which every episode features stars solving a mystery."

At a press conference in southern Seoul, producer Cho hyo-jin said the team has focused on producing a quality show that could first appeal to Korean viewers. 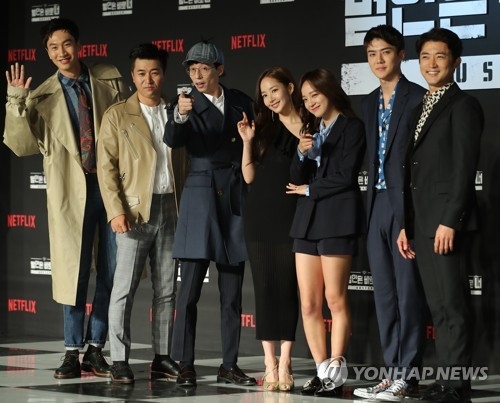 "We were told (by Netflix) to produce a successful show in Korea first, which then can be consumed on the global stage," Cho said. The show mixes a variety show and a drama, peppered with elements of mystery solving and suspense that have universal appeal, he added.

The unscripted show indeed combines the two different genres, where Korea has a proven track record, to bring its global audience a mix of suspense and fun.

Starring popular comedian and show host Yoo Jae-suk of "Infinite Challenge," actor Lee Kwang-soo and EXO member Sehun, to name a few, the cast members play a role of clueless detectives led by Yoo to solve a mysterious case in each episode. 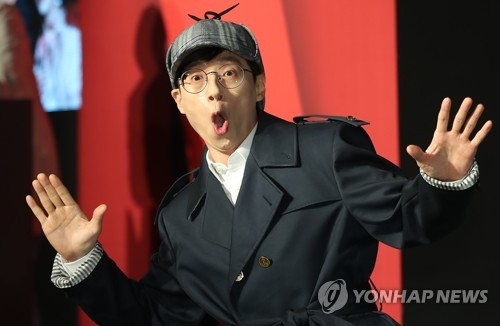 Kim Joo-hyung, another producer, who also was present at the media event, said working with Netflix and showing content on the global platform underlines a big change in how people consume entertainment these days.

"I watched foreign content on video tapes when I was young. Now people get to do that through Netflix. It shows that the times are changing," he said.

The move demonstrates the importance of the Korean market as a test bed for checking out Asian audiences' appetite and interests. Over the years, the company has expanded its presence and business in the country by investing in Korean movies like "Okja." 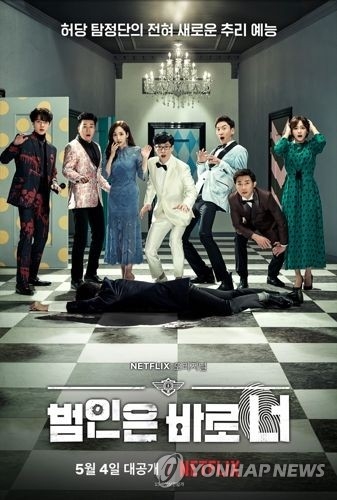 Comedian Yoo, one of the most popular Korean entertainers, said the opportunity to be part of the show came at a time when he desperately wanted a change. The popular variety weekend show "Infinite Challenge," where he appeared as a regular, came to a close on March 31 after a 13-year run.

"I have a long-running personal connection with the producers. More than anything else, I wanted to do something new," he said. "This show is different from what I've done in that I become a player in it. I am supposed to play the character in the (variety) show that has its own story."

Other than seven regular cast members, there will be special guests making surprise appearances. During the media event, actor Park Hae-jin was seen in the trailer as a special guest.

The 10-part show is set to premiere Friday to Netflix members in 190 nations. Two episodes will be uploaded every Friday over the next five weeks. 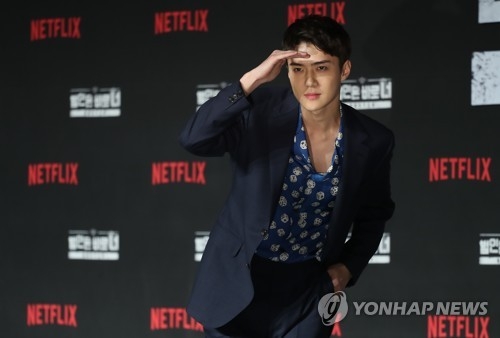