Second-year outfielder Lee Jung-hoo, the 2017 Rookie of the Year, is out with muscle fiber damage in his left calf after getting hit by a pitch in Sunday's game against the Doosan Bears. The Heroes said Lee will be treated in Yokohama, Japan, and will return home on May 23. 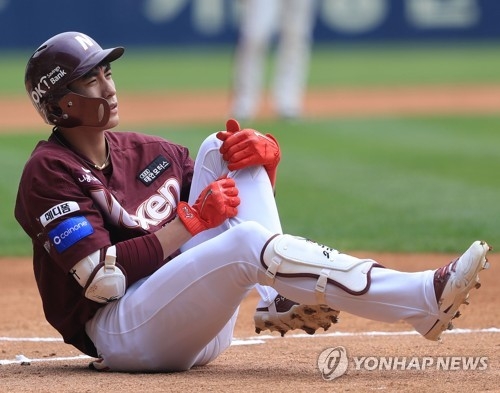 Earlier on Monday, hard-hitting shortstop Kim Ha-seong cut his right hand while cleaning up a broken vase at his home. The Heroes said Kim took seven stitches to his right palm.

Kim was batting .320 with six homers and 28 RBIs, potentially on his way to a third-straight 20-homer season. Lee had been mostly immune to a sophomore slump, thanks to a .321 batting average and a team-high .404 on-base percentage.

The two had been keeping the Heroes' offense afloat in the absence of first baseman Park Byung-ho, the 2012 and 2013 MVP, and second baseman Seo Geon-chang, the 2014 MVP. 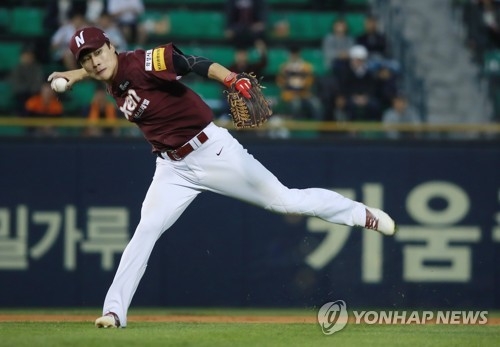 Together, these four players were supposed to form perhaps the most lethal lineup in the KBO this year. But Seo, a former batting champion, hasn't played since March 31 with a shin injury. Park, a two-time 50-homer slugger playing in his first season back from the Minnesota Twins, went down with a calf injury on April 13. And he suffered a setback during his rehab last week when his right Achilles' tendon acted up.

"We don't know exactly when Park Byung-ho and Seo Geon-chang will return," manager Jang Jung-suk said Sunday. "We can't afford to have any more injuries. Hopefully, we'll have everyone back by June."

The Heroes are tied for sixth place with the LG Twins at 20-22. They've won six of their past 10 games but have the second-lowest team batting average at .276.