SEOUL, May 28 (Yonhap) -- Son Ye-jin is by nature an actor. Since her debut in 2001 in the television series "Delicious Proposal," she has appeared in numerous dramas and films without much break.

In her latest work "Something in the Rain," also known as "Pretty Sister Who Buys Me Food," she plays a career woman who falls in love with her best friend's younger brother.

"I am also amazed by where the energy comes from. But sometimes I am afraid that acting without a break might work against me as an actor," she said in a recent group interview with Korean media. "I just hope my passion for acting doesn't die down." 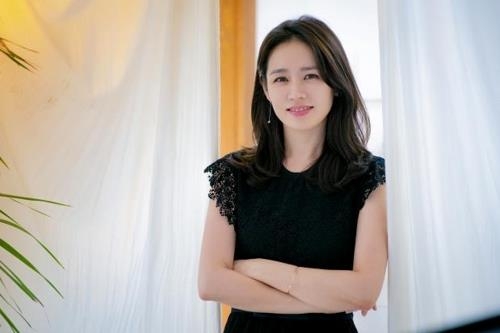 "Jin-ah from 'Pretty Sister' is my age so I could express the common ground that only women of that age can sympathize with. I want to keep playing roles of my age as I grow old," the 36-year-old said.

She also has a strong passion for playing different, new characters, she said.

"Rather than a role that looks pretty or lovely, I choose a work based on how interesting it is to me. I don't worry about how my image will change by playing a certain character." 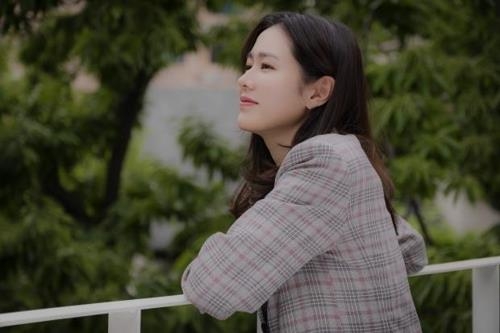 Among countless works, "Something in the Rain" will remain special to her heart, she said.

"It's been a long time since I did my last drama 'Shark.' So I was a bit nervous in the beginning. But I had great faith in producer Ahn Pan-seok," she said.

Acting for the role came naturally for her, she added, because, "The lines were very ordinary as the drama was shot in such places as an apartment, theaters, playgrounds and a car. I could act naturally."

Meanwhile, many TV viewers expressed frustration with Jin-ah's immature attitude and indecisiveness for her age.

"I know. I felt the same way. But maturity isn't proportional to one's age. The drama showed the process of her become more mature."

For the role, she focused on relaxing to show her natural self.

"I played the character while thinking about what I could not do, rather than what I could do more. When you act for a long time, you can easily do things that are redundant. I wanted to remove that."

On how she felt about Jung Hae-in, who played the younger brother that Jin-ah falls for, she said, "I wanted to support and protect him just as actor So Ji-sub did to me when we shot the recent film 'Be with You' together."

Asked if she was hurt in any way by the older woman character, she joked, "It is fine since I wasn't just a sister but a 'pretty' sister."