WASHINGTON, May 31 (Yonhap) -- U.S. President Donald Trump said a North Korean delegation in New York is expected to bring him a letter from leader Kim Jong-un on Friday.

Trump told reporters Thursday before leaving for Texas that meetings to prepare for his potential summit with Kim have been "very positive." The two sides are pushing for a June 12 summit in Singapore to discuss dismantling North Korea's nuclear weapons program.

"I believe they'll be coming down to Washington on Friday and a letter is going to be delivered to me from Kim Jong-un," he said. "So I look forward to seeing what's in the letter, but it's very important to them."

Trump canceled the meeting in an open letter to Kim last week, citing "tremendous anger and open hostility" from the regime. Soon after he put it back on track.

Asked what he thinks the letter will say, Trump said he doesn't know, but "I think it will be very positive." 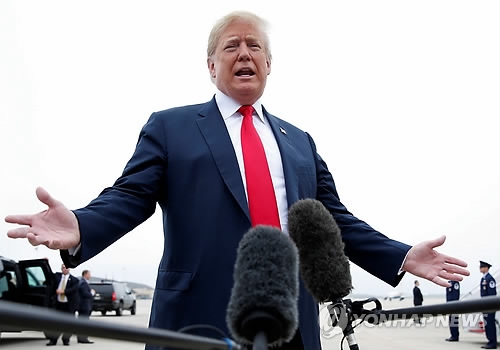 Kim Yong-chol, a senior North Korean official known as a close aide to the leader, arrived in New York Wednesday to finalize planning for the expected summit. He had a working dinner with U.S. Secretary of State Mike Pompeo and on Thursday they began a round of formal meetings.

Trump said he hopes to still have the meeting on June 12, but added that he "will see what happens."

"I want it to be very meaningful," he said. "It doesn't mean it gets all done in one meeting. Maybe you have to have a second or third, and maybe we'll have none, but it's in good hands."

Separate teams have been dispatched to the inter-Korean demilitarized zone to discuss substantive issues and to Singapore to coordinate the logistics. 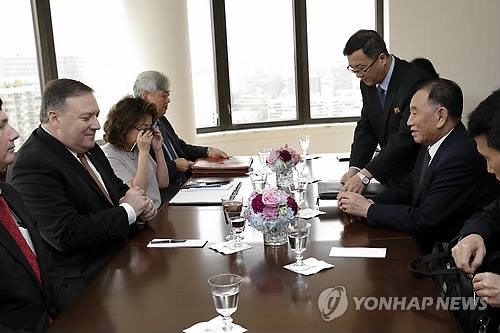 Going into his sit-down with Kim Yong-chol, Pompeo tweeted, "The potential summit between @POTUS and Chairman Kim presents #DPRK with a great opportunity to achieve security and economic prosperity. The people of #NorthKorea can have a brighter future and the world can be more peaceful."