SEOUL, June 1 (Yonhap) -- Pastry chefs working for bakery franchise Paris Baguette will be paid a combined 8.6 billion won (US$7.9 million) for past overtime work, industry officials said Friday, nearly one year after its hiring system became an issue with the government.

PB Partners, which handles employment of pastry chefs, posted an announcement on the online company bulletin, according to the officials. The payment will go to some 7,000 workers who were not given their overtime pay, they said. The sum, however, is 2.4 billion won less than the 11 billion won the labor ministry had initially calculated. The amount was adjusted down early this year.

Paris Baguette came under scrutiny for its hiring system, in which its patissiers were hired by subcontractors but were given direct orders by the company, including on work hours, menus and other details. The labor ministry launched an inspection of the company in July last year and concluded in September that such practice was illegal and that the employees were owed overtime pay.

The ministry ordered Paris Baguette to directly hire the pastry chefs, which the company challenged by taking the case to court. The involved parties reached a compromise in January, with Paris Baguette establishing a joint company, PB Partners, with the franchisees to hire the workers.

"We included a clause in the management-union agreement in January that the pay in arrears will be promptly solved," a union member said. "We had a promise by the head company that it will guarantee payment of the back pay." 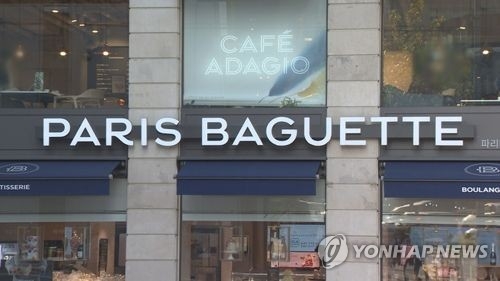 Paris Baguette patissiers to be paid for past overtime work

Paris Baguette patissiers to be paid for past overtime work