SEOUL, June 1 (Yonhap) -- The financial regulator has wrapped up its review of a regulatory probe into whether Samsung BioLogics Co. violated accounting rules, officials said Friday.

Details of the review were not disclosed due to a confidentiality agreement, but the review apparently failed to reach a consensus as the Financial Services Commission (FSC) said there were some "majority and minority opinions" about the case.

The review came after financial authorities gave a preliminary notice earlier last month to Samsung BioLogics that it broke accounting rules in 2015, a charge strongly denied by the unit of Samsung Electronics Co.

The outcome of the review will be delivered to the Securities and Futures Commission, a sub-commission within the FSC, which will hold a meeting on Thursday to try to reach a final ruling.

However, a final ruling is unlikely next week and the commission may hold more meetings, FSC officials said. 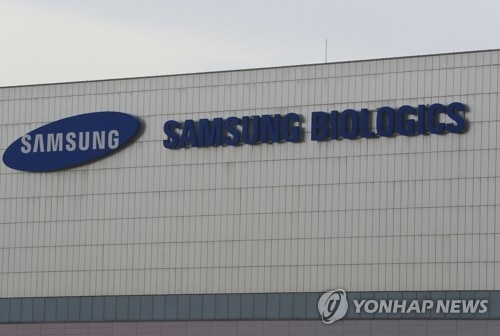 After years of losses, Samsung BioLogics posted a net profit of 1.9 trillion won (US$1.76 billion) in 2015 after it changed the method used to calculate the value of its affiliate, Samsung Bioepis.

Before Samsung BioLogics went public in 2016, Samsung Electronics and Cheil Industries Inc. each owned 40 percent stakes in the biosimilar maker.