The three-day rock-electronic music blowout will be held from Aug. 10 to 12 at Songdo Moonlight Festival Park, also known as Pentaport Park, in Incheon, 40 kilometers west of Seoul, according to the festival authority.

The festival announced that the event's first lineup consists of seven groups -- Nine Inch Nails and Mike Shinoda of Linkin Park of the United States; The Bloody Beetroots of Italy; Japan's Suchmos; and South Korea's The Koxx, Sunwoo Junga and Sesoneon.

Pentaport, now in its 13th year, is one of the biggest annual music festivals in South Korea and has brought together international and local musicians largely in the rock and electronica genres. About 1,200 groups, including big names such as The Chemical Brothers, Korn, Muse and Travis, have graced the stage in recent years before an accumulated total audience of 800,000. 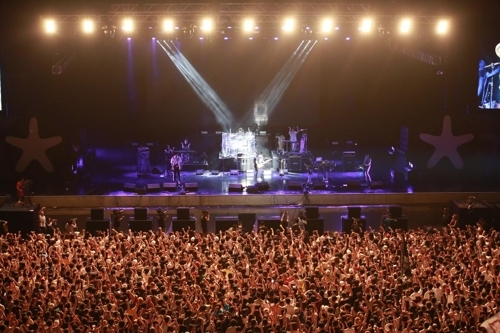