SEOUL, June 1 (Yonhap) -- Hyundai Motor Co. and its affiliate Kia Motors Corp. said Friday that they have delivered vehicles that will be used in the upcoming 2018 Russia World Cup.

On Thursday, the two South Korean carmakers, official sponsors of the world's premier football event, said they delivered 954 vehicles to the organizing committee, Hyundai Motor said in a statement. It said the cars delivered include such models as Hyundai's Santa Fe sport utility vehicle (SUV) and Tucson crossover and Kia's K9 flagship sedan and Sorento SUV.

To enhance their brand images, Hyundai and Kia have offered vehicles to the global sports event as official sponsors since 1999 and 2007, respectively. The two together form the world's fifth-biggest carmaker by sales.

The 2018 Russia World Cup kicks off on June 14 with 32 teams competing for the title, which will be decided in the final on July 15. 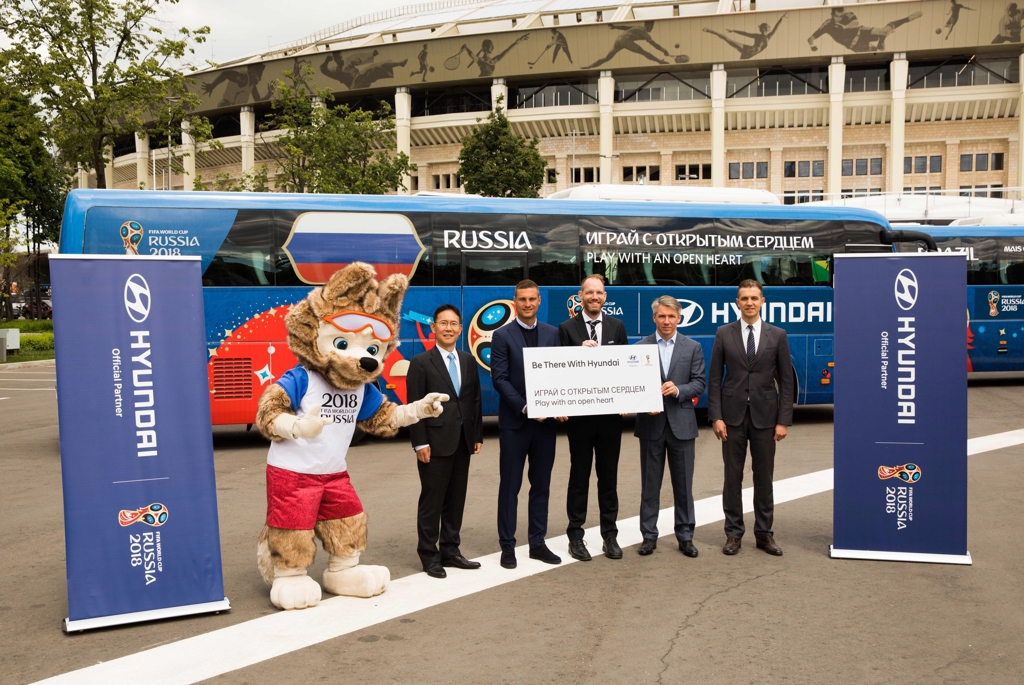