The official with the Doosan Bears of the Korea Baseball Organization (KBO) said Baek signed a three-month contract as an instructor in April and has been training the Bears' Futures League pitchers in Incheon, some 80 kilometers south of Seoul. 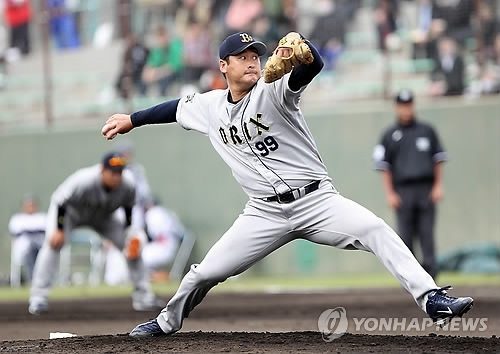 "Our young pitchers really enjoy working with Baek," the official said. "He's pitched in both the majors and in Japan. He teaches players technical things but also shares his personal experience living and competing overseas. We're considering extending his contract."

Once a highly touted high school pitching prospect, Baek, now 38, signed with the Seattle Mariners as an amateur free agent in 1998. But the right-hander underwent three elbow surgeries and only made his big league debut in 2004.

Baek later pitched for the San Diego Padres. He was 16-18 in 59 career big league games with a 4.83 ERA. After more elbow problems ended his major league career in 2009, Baek played some independent ball in the United States in 2010. He then signed with the Orix Buffaloes in Japan's Nippon Professional Baseball in 2011. He didn't appear in any regular season games for them and was released the following year. 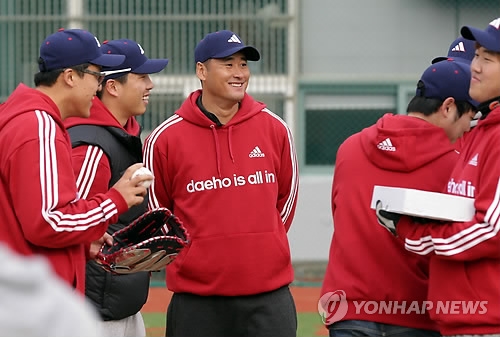 Professional athletes can receive exemptions from conscription by winning an Olympic medal of any color or an Asian Games gold medal. But Baek was suspended indefinitely from international play by the Korea Baseball Softball Association (KBSA) in 1998 after he took himself out of a start at the Asian Junior Baseball Championship, citing elbow pains.

Baek left the semifinals game against Taiwan with South Korea leading 4-3, and after South Korea blew the lead and lost 8-5, Baek was singled out as the scapegoat.

The KBSA lifted the suspension on Baek in 2006 but didn't actually inform him of the decision. Baek belatedly learned of the move in 2015.

In May this year, Baek lost a suit seeking to have his South Korean citizenship restored.