The event, titled "Smile," will take place at the Grand Peace Palace of Kyung Hee University at 5 p.m. on July 28, FNC Entertainment said.

After Seoul, the actor will attend similar events in Taipei, Hong Kong and Manila.

Jung, 30, made his debut in the television series "Bride of the Century" in 2014. He has recently became more popular through JTBC's "Something in the Rain," also known as "Pretty Sister Who Buys Me Food."

Tickets will be available at noon on June 18 on the online shopping mall Auction. 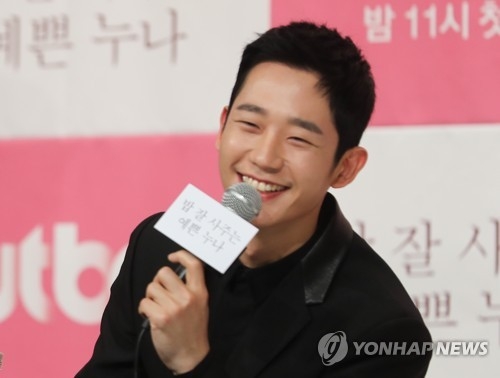