As one of the financing options available to businesses and government entities, green bonds are meant to raise funds to support environmental projects and other eco-friendly infrastructure plans.

The state-run Korea Development Bank issued the green bonds, which are worth 300 billion won (US$278.68 million) and are denominated in the Korean won for the first time, earlier this week, according to the Korea Exchange (KRX). It added that the initial public offering will be made Monday on the country's main market, the KOSPI.

While South Korean private and public entities, including the Export-Import Bank of Korea, have issued seven kinds of green funds so far, they were all marked in U.S. dollars and listed on the Singapore Exchange.

"(This IPO) is expected to serve as a chance to boost investors' interest in green industries and to foster the local green bond market which has lagged behind that of other major countries," the KRX said in a release. 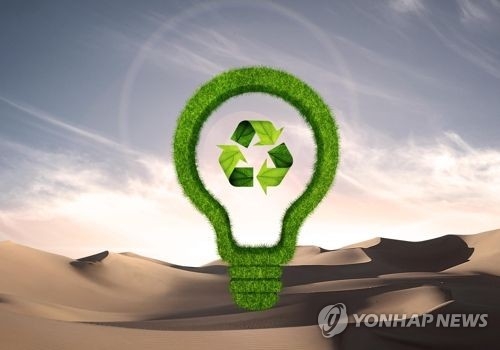