The revision will require female officers to serve as company commanders at least twice -- the same as male soldiers -- rather than once, as currently stipulated.

"It is compulsory for male soldiers to take up the position of company leader twice," the official said. "The difference in the number of times female soldiers need to serve as a company commander may be discriminatory against them for promotion."

He also said the ministry will make changes in the instructions of defense personnel management so that regulations involving female soldiers are the same as those pertaining to male counterparts.

The decision came after Vice Defense Minister Suh Choo-suk chaired a meeting on Tuesday to discuss measures to expand the proportion of female soldiers in the military and enhance their working conditions.

The ministry plans to increase the ratio of female soldiers promoted to command positions to 8.8 percent in 2022 from the 5.5 percent recorded last year. 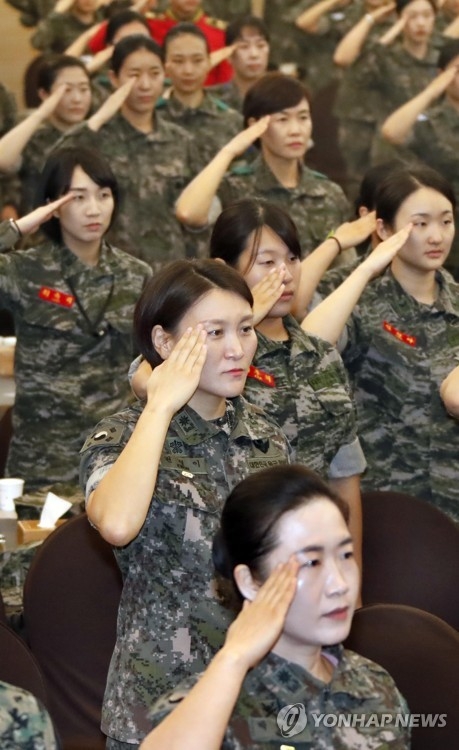 Military to revise rules to give female soldiers equal opportunities

Military to revise rules to give female soldiers equal opportunities