The local stock market opened nearly flat after the United States announced tariffs on imports from the European Union, Canada and Mexico, but gained ground on heavy buying by foreign investors.

"Foreign investors led the market, boosted by strong economic data," Lee Kyung-min, an analyst at Daishin Securities, said, referring to the country's May trade balance and the industrial output for April.

South Korea's exports spiked 13.5 percent on-year in May, rebounding from a brief dip in the previous month.

Foreigners bought 233.5 billion won worth of local stocks more than they sold, while individual and institutional investors dumped a net 132 billion won and 118 billion won, respectively.

Samsung Biologics jumped 3.79 percent to 451,500 won after financial authorities wrapped up reviewing the company's alleged accounting irregularities the previous day. Details of the review were not disclosed due to a confidentiality agreement.

The results will be delivered to a subcommission under the country's financial regulator, which will hold a meeting next week in a bid to reach a final ruling.

Auto shares were also among the winners with No. 1 carmaker Hyundai Motor edging up 0.72 percent to 140,000 won. 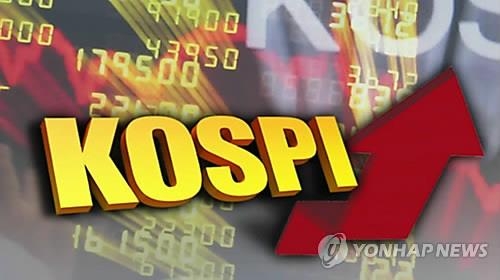