SEOUL, June 3 (Yonhap) -- The Japanese city of Osaka and the Vietnamese central coastal city of Danang have became two of the most popular tourist destinations for South Koreans this year, an online ticket seller said Sunday.

Osaka topped the list of the 10 most popular destinations among solo or couple travelers, Ticket Monster Inc. said, citing its analysis of air ticket reservations in July and August.

The online shopping mall said people who plan to travel abroad with family members chose Danang as the most popular destination.

Danang is the second-most popular destination among solo travelers, followed by Tokyo, Bangkok and the U.S. territory of Guam, according to Ticket Monster.

The Vietnamese central coastal city is also the second-most popular destination among couple travelers, followed by Bangkok and Guam, it said.

Guam took second place for people who plan to travel with family members.

The number of outbound South Korean travelers has been on the rise in recent years with the increase of affordable tickets offered by low-cost local carriers.

Data compiled by the Korea Tourism Organization showed more than 9.66 million South Koreans traveled to foreign countries in the first four months of this year, up 13.4 percent from a year earlier. 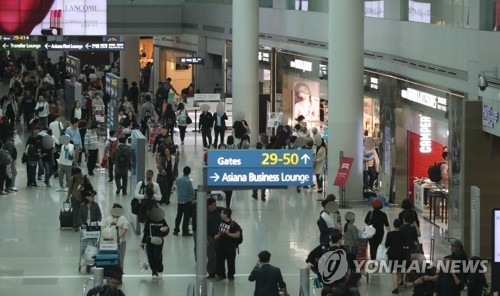