The delegation, led by U.S. Ambassador to the Philippines Sung Kim, will visit Kang's office in Seoul at 5:30 p.m. It includes Allison Hooker, a White House official on Korea, and Randall Schriver, assistant secretary of defense for East Asia.

The delegation held talks with the North's team, led by Pyongyang's Vice Foreign Minister, Choe Son-hui, at Tongilgak, a North Korea-controlled building in the border truce village of Panmujom, on Sunday and Wednesday.

They reportedly discussed key agenda items for the summit between U.S. President Donald Trump and North Korean leader Kim Jong-un, expected to be held on June 12 in Singapore. 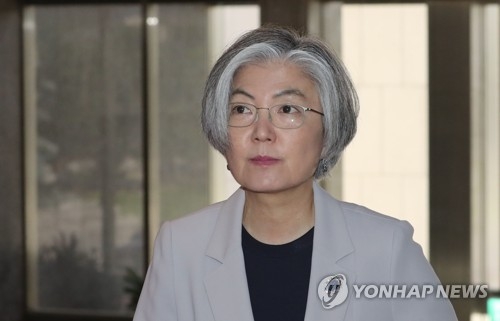