The Korea Baseball Organization (KBO) team placed the 29-year-old Dominican outfielder on waivers. He batted just .138 (9-for-65) with one home run and four RBIs in 21 games.

He had two stints in the minors but never found his stroke in his first KBO season.

KBO teams are each permitted to carry three foreign players, with at least one position player.

Despite Paredes' struggles at the plate, the Bears are in first place at 35-18, 4.5 games up on the Hanwha Eagles going into Friday's action. 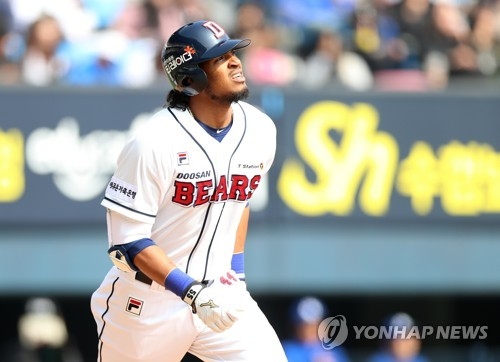