SEOUL, June 2 (Yonhap) -- South Korean shares are expected to remain in a relatively tight range next week as investors take to the sidelines amid global trade tensions, analysts said Saturday.

The benchmark Korea Composite Stock Price Index (KOSPI) closed at 2,438.96 points on Friday, down 0.89 percent from a week ago.

The United States and North Korea have been discussing details for the summit talks between their leaders that will likely take place in Singapore later this month.

The index plunged nearly 2 percent on Wednesday over Italy's political crisis, though it rebounded the following day as fears eased.

Next week, investors are likely to take a wait-and-see stance over trade negotiations between the world's two largest economies, while the Italy crisis' impact on the market is expected to be limited, according to market watchers here.

"Trade talks between the U.S. and China could raise the market's volatility, but the results remain to be seen as there is still room for negotiations," said Kim Byong-yeon, an analyst at NH Investment & Securities. 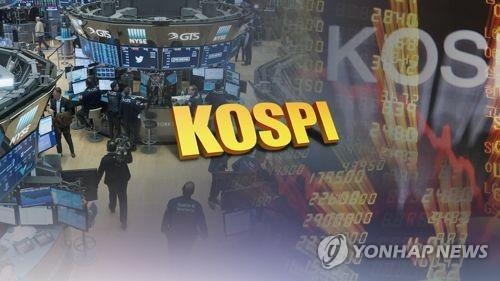 Seoul shares to move in tight range next week

Seoul shares to move in tight range next week