"We'll be meeting on June 12th in Singapore," Trump told reporters on the White House grounds after seeing off Kim Yong-chol, a close aide to the North Korean leader. "And I think it'll be a process. I never said it goes in one meeting. I think it's going to be a process. But the relationships are building, and that's a great positive." 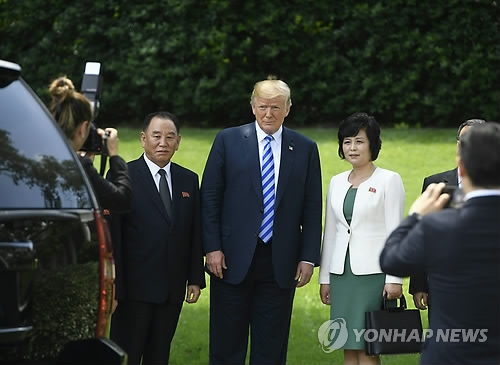 The two sides have been at odds over how far North Korea will go to dismantle its nuclear weapons program and what security guarantees the regime would receive in return.

Still, he refused to say whether the North agreed to the U.S. demand for complete, verifiable and irreversible denuclearization.

"We talked about a lot of things. We really did," he said. "But the big deal will be on June 12th. And again it's a process ... we're not going to go in and sign something on June 12th, and we never were. We're going to start a process."

The U.S. president said he told the North Korean delegation that they could take their time.

"We can go fast. We can go slowly. But I think they'd like to see something happen, and if we can work that out, that'd be great," he said.

Kim Yong-chol, the top North Korean to enter the White House in nearly two decades, traveled from New York following two days of meetings with U.S. Secretary of State Mike Pompeo on a possible summit between their leaders.

The U.S. president said the North Korean official handed him a "very nice" and "very interesting" letter from Kim, but later added that he hadn't opened it. 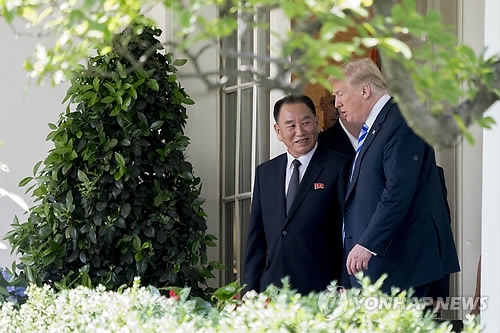 Trump called off the summit in an open letter to Kim last week, citing "open hostility" from the regime. Following a conciliatory statement from the North, he put the summit back on track, and officials from both sides have been continuing meetings on the inter-Korean border as well as in Singapore to hammer out the substantive and logistical details.

On Friday Trump said he doesn't want to use the term "maximum pressure" anymore, a term his administration has coined to describe its sanctions campaign against Pyongyang.

There were "hundreds of new sanctions ready to go," he said, but they won't be imposed "until the talks break down." Trump added that he looks forward to the day the sanctions can be lifted.

His words mark a turnaround from last year when he engaged in a war of words with Kim over the regime's testing of nuclear weapons and ballistic missiles. Fears of war escalated as Trump threatened to "totally destroy" the regime and the North responded with a threat to detonate a hydrogen bomb over the Pacific Ocean.

A mood for reconciliation set in this year after Kim Jong-un expressed an interest in sending a delegation to the PyeongChang Winter Olympics in South Korea in February.

At a historic summit in April, South Korean President Moon Jae-in and Kim agreed to pursue "complete denuclearization" and a formal end to the 1950-53 Korean War. The conflict ended in an armistice, not a peace treaty, leaving the North technically at war with both the South and the U.S.

Trump said the issue could be discussed at his meeting in Singapore.

"Could be, yes, could be," Trump said. "I think we probably will, and maybe in great detail. We did not talk about human rights (today)." 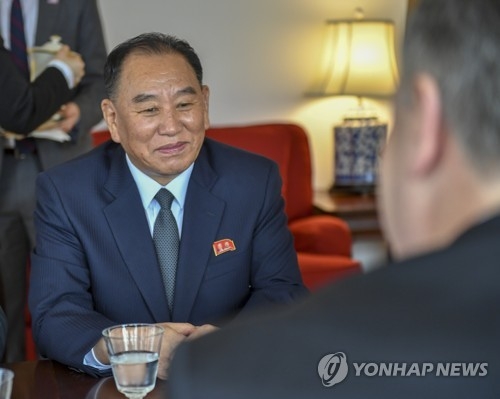 Earlier, North Korean Ambassador to the United Nations Ja Song-nam refused to discuss the outcome of this week's meetings between Kim and Pompeo.

"It should be coming if you wait a little," he told Yonhap at Kim's hotel in New York, when asked about his country's position.