TOKYO, June 3 (Yonhap) -- A Korean Air Lines Co. passenger jet has made an emergency landing at Haneda Airport in Tokyo, although no one was injured, a company official said Sunday.

The Boeing 777-200 bound for Tokyo from South Korea's Gimpo Airport with 176 passengers and 13 crew members on board landed at Haneda Airport at about 8:40 p.m. on Saturday, 25 minutes ahead of schedule due to a fire alarm, the Korean Air source said.

He said there was actually no fire on the plane and that Korean Air and the Japanese aviation authorities are looking into what caused the alarm to go off. The official asked not to be identified, citing policy. 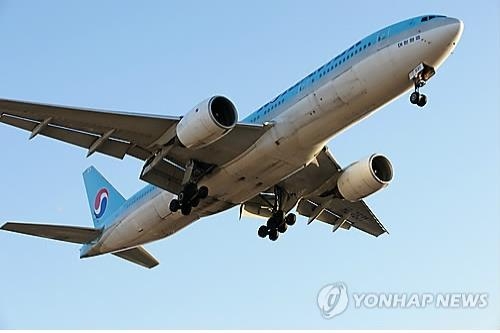 No one injured in Korean Air plane's emergency landing in Japan

No one injured in Korean Air plane's emergency landing in Japan