TOKYO, June 3 (Yonhap) -- North Korea has brought in a more moderate defense minister ahead of a summit with the United States, a report in Tokyo claimed Sunday.

Citing a source with knowledge of North Korean affairs, the Asahi Shimbun said Pak Yong-sik has been replaced as the minister of Pyongyang's armed forces with No Kwang-chol, head of the second economic committee at the Workers' Party and former deputy chief of the general staff of the Korean People's Army (KPA).

The paper also said Ri Myong-su, chief of the KPA's general staff, is rumored to be on his way out, too.

The source told the Asahi that North Korea is taking steps to bring moderates in its military to the forefront before the scheduled summit with Washington.

Pak Yong-sik had been the defense chief since May 2015 and accompanied North Korean leader Kim Jong-un to the inter-Korean summit on April 27.

In the North Korean military, the ministry of the armed forces handles general administration and logistical coordination. The general staff is tasked with overseeing combat operations, and the political bureau oversees political affairs. 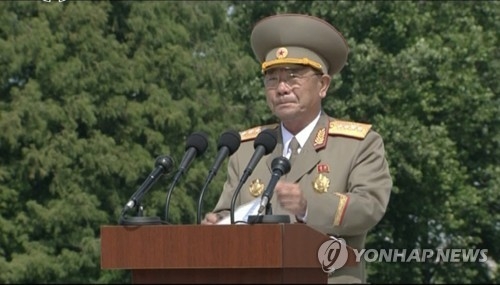