The Rodong Sinmun, the official newspaper of the ruling Workers' Party of Korea (WPK), took shots at South Korea's plans to take part in the Rim of the Pacific Exercise (RIMPAC) and the Ulchi Freedom Guardian (UFG) exercises.

The RIMPAC is scheduled to run from June 27 to Aug. 2 and will involve 20 countries, while the UFG, bringing together South Korean and U.S. forces, will take place in early August.

Pyongyang has been critical of these exercises in recent weeks and has said the Panmunjom Declaration, adopted by South Korean President Moon Jae-in and North Korean leader Kim Jong-un on April 27, should prevent what Pyongyang believes are war rehearsals.

"The North and South are now faced with a monumental task of easing military tensions and realizing peace on the Korean Peninsula by faithfully implementing the Panmunjom Declaration," the paper said. "Dialogue and confrontation, and peace and war exercises can never go hand-in-hand."

The newspaper called the RIMPAC "a product of the Cold War era" that has been held with a purpose of forming a blockade around a sovereign state such as North Korea. 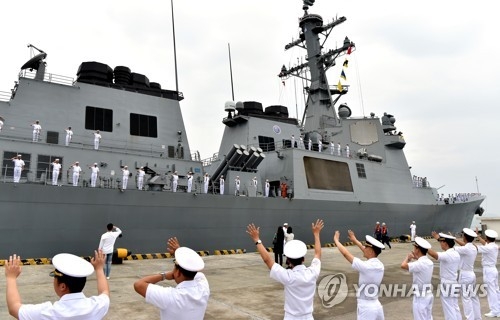