SEOUL, June 3 (Yonhap) -- South Korea is carefully weighing the impact on the country's farming sector if it moves to apply for membership for the Asia-Pacific mega free trade bloc, the government here said Sunday.

The Ministry of Agriculture, Food Rural Affairs said it has recently asked for studies to be carried out by independent experts to determine the overall effect joining the Comprehensive and Progressive Agreement for Trans-Pacific Partnership (CPTPP) would have on certain critical sectors.

"The request is to better gauge the details of trade rules of the CPTPP, check overseas assessments and (appraise) how best the country can approach talks to allow it to protect its farming sector," an official source said.

He said that policymakers are looking into tariff concessions for each country and the agreement centering on the service industries, while also looking closely at potential fallout for the domestic agricultural sector, as Seoul may have to further open its market to outside goods.

Asia's fourth-largest economy may examine sanitary and phytosanitary measures, country of origin rules and guidelines related to state-run enterprises that have an effect on trade as a means to regulate imports.

Seoul did not join talks led by the U.S. to create a trading bloc, initially called the Trans-Pacific Partnership (TPP), finalized in 2015. Washington, however, bolted from the pact after President Donald Trump took office in early 2017, but it has since been apparently reconsidering its stance if certain conditions are met.

Of the CPTPP members, South Korea does not have free trade agreements (FTAs) with Japan or Mexico. This will require policymakers to examine market liberalization in the farming sector going forward. In addition, even countries that Seoul has FTAs with could ask for more market access, requiring the government to assess the implications.

Reflecting this, a local agriculture expert who declined to be identified, said if Seoul decides to make a bid for membership, the country will probably have to accept certain concessions in the agricultural sector.

"What has to be done is to examine the concessions made by other countries and weigh the pro and cons of membership in a thoughtful manner that best reflects the national interest," he said.

The observer said Seoul could try to exclude certain sectors from trade concessions as a way to protect the local farming sector and that policymakers need to engage in meaningful talks with people in the agricultural field to check their views in advance. 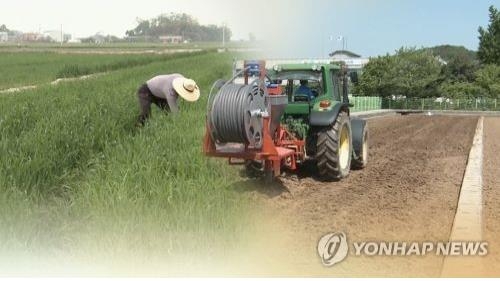