Trump said after a meeting with Kim's top envoy at the White House that he will meet with Kim in Singapore on June 12 to discuss the dismantlement of the North's nuclear weapons program.

The historic summit, if all goes well, could eventually help North Korea embrace an economic opening after decades of self-imposed isolation.

Park Hyun-wook, an analyst with Hyundai Motor Investment & Securities, estimated that North Korea's steel demand could rise to 43.05 million tons by 2040 from 1.52 million tons in 2016 if its economic development gets into full swing following its economic liberalization.

He cited a Vietnamese case as an indicator of North Korea's potential demand and said North Korea has no choice but to rely on South Korean steel products before Pyongyang operates its own full-fledged steel plant.

"It is meaningful to take a look at the past Vietnamese case when we estimate North Korea's steel industry, as North Korea's initial condition is similar to Vietnam's," Lee Won-joo, a researcher at KTB Investment & Securities, said.

South Korea has asked North Korea to give up nuclear weapons and emulate Vietnam and Myanmar, which opted for reform and openness.

In May, the leaders of South and North Korea held summit talks at the border village of Panmunjom and agreed to, among others things, take steps to connect and modernize inter-Korean railways and roads as part of broader moves on reconciliation and cooperation.

The Korea Research Institute for Human Settlements, a South Korean state think tank, has estimated that the project to establish an inter-Korean railway network could cost 19.12 trillion won (US$17.8 billion). 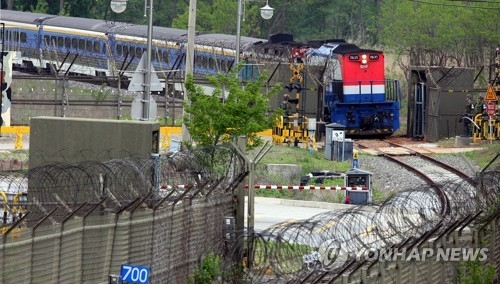