Head coach Shin Tae-yong and his 23 players will settle down in Leogang, in the state of Salzburg, and play two more tune-up matches there before hopping over to Saint Petersburg on June 12.

Drawn in Group F, the 61st-ranked South Korea are scheduled to play world No. 23 Sweden at Nizhny Novgorod Stadium, Nizhny Novgorod on June 18, followed by the 15th-ranked Mexico at Rostov Arena, Rostov-on-Don, on June 23.

The Taeguk Warriors' final Group F opponents will be Germany, the defending champions and world No. 1, at Kazan Arena in Kazan on June 27.

South Korea are playing in their ninth consecutive World Cup but will be the underdogs in all group matches. Their most recent performance didn't exactly inspire confidence in a skeptical fan base. After downing Honduras 2-0 on Monday, South Korea fell to Bosnia-Herzegoniva 3-1 in their final World Cup warm-up match at home on Friday, with their defense badly exposed. 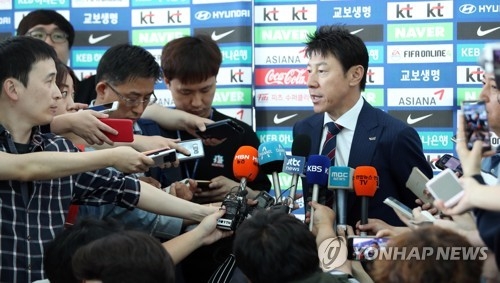 Shin carried a 26-man provisional roster to those two earlier matches, and he cut defenders Kim Jin-su and Kwon Kyung-won and midfielder Lee Chung-yong to finalize the 23-player squad on Saturday. The Korea Football Association (KFA) said the final roster was submitted to FIFA earlier Sunday, a day before the deadline.

The coach had originally named 28 players to that provisional team, but two players, forward Lee Keun-ho and midfielder Kwon Chang-hoon, went down with injuries. Shin chose not to replace them.

Shin will have two more opportunities to test his systems. South Korea will face Bolivia on Thursday and then Senegal four days later. The latter contest will be held behind closed doors.

South Korea have made it out of group stage twice before. They made a historic march to the semifinals at the 2002 World Cup, which they co-hosted with Japan, and reached the round of 16 at the 2010 tournament in South Africa. 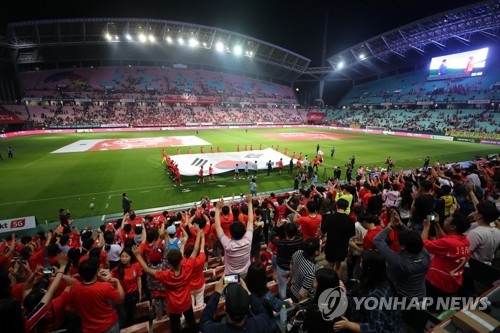