Outstanding credit loans rolled out by the lenders -- KB Kookmin Bank, Shinhan Bank, Woori Bank, KEB Hana Bank and NH Bank -- stood at 100.82 trillion in May, according to the data from the five banks.

Credit loans rose by 1.16 trillion won and 1.09 trillion in April and May, respectively.

The news follows moves by financial regulators to tighten mortgage rules in order to cool down the overheated housing market and curb growing household debt.

South Korea's outstanding household debt jumped to a record 1,468 trillion won in the January-March period, up 8 percent from a year earlier, according to preliminary data from the Bank of Korea. 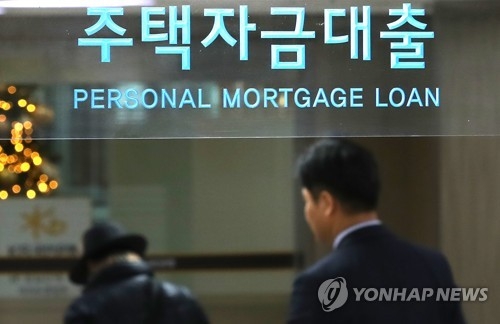