The Bank of Korea (BOK) said that the operating surplus of households and non-profit organizations in the country stood at 127.08 trillion won (US$118.2 billion) last year, up just 1 percent from a year earlier.

Household operating surplus reflects the earnings of small-scale merchants, and the BOK's latest data shows it making up 7.3 percent of GNI, down 0.3 percentage point from 2016.

This, it said, is the lowest reading since 1975, when such data began to be checked.

The central bank said household operating surplus actually posted double digit growth in the 1990s on an annual basis, although this has fallen to under 2 percent in recent years.

The poor numbers for small merchants are in contrast to national GNI, which expanded 5.1 percent on-year in 2017 to reach 1,730.4 trillion won.

He said there has been a surge in small retailers and eateries across the country due to the many South Korean baby boomers born between 1955 to 1963 who have been retiring in increasing numbers since the mid 2000s and moving en masse to open small businesses to make a living.

This is worrisome, as self-employed people accounted for 21.2 percent of all workers in 2016, a higher figure than the 14.2 percent average for member states of the Organization for Economic Cooperation and Development.

The National Assembly Budget Office (NABO) said in a recent report that less money being made by self-employed people is leading to a drop in household income.

"There is a need to get smaller companies to engage in more value-added businesses and to work out a way to resolve excessive competition," NABO said. 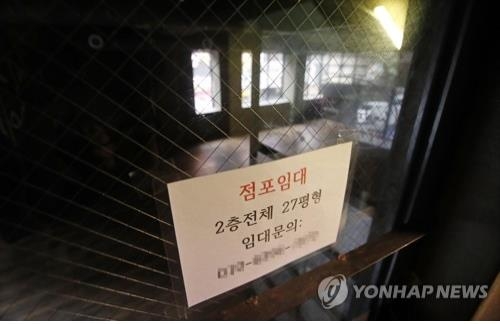