SEJONG, June 3 (Yonhap) -- The number of people who lost their job in the first four months of this year rose 6.1 percent from a year earlier, data showed Sunday, a possible indication of a slowdown in Asia's fourth-largest economy, despite steady signs of growth.

The government data showed that 327,000 people left their jobs and reported to the government that they are no longer covered by South Korea's unemployment insurance program.

In another possible sign of economic slowdown, the number of new jobs stood at slightly above the 100,000 mark for the third straight month in April, the worst tally since the 2008 global financial crisis, according to government data.

In April, South Korea's exports retreated 1.5 percent from a year earlier, the first dip in 18 months, largely due to a base effect.

Adding to the economic concerns, the country's leading composite indicator compiled by the Organization for Economic Cooperation and Development stood at 99.6 for March, hovering below 100 for the third straight month. A figure below the benchmark signals an economic slowdown.

The indicator is designed to provide an early sign of a turning point in the business cycle, indicating fluctuation of economic activity around its long-term potential level.

Joo Won, a director at Hyundai Research Institute, warned that the South Korean economy is in the process of entering a recession.

Meanwhile, others stressed it is much too early to say that South Korea has entered a real slowdown phase.

The country's gross domestic product reached 395.6 trillion won (US$370 billion) in the January-March period, up 1 percent from a quarter earlier, according to the Bank of Korea.

The reading marked a slight decrease from an earlier estimate of a 1.1 percent expansion released in April, but it suggests South Korea could be on track to meet its target of 3 percent growth this year.

"It is difficult to say that the current situation represents a clear cut economic recovery path, but there are variables such as an extra budget and investments over improved inter-Korean ties that could contribute to growth go forward," said Kim Jung-sik, a professor of economics at Yonsei University.

In May, the country's parliament approved a 3.83 trillion won (US$3.54 billion) extra budget bill to create jobs for young people and help industrial regions grappling with massive layoffs. 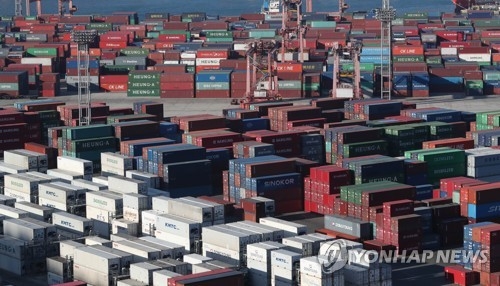