SEOUL, June 3 (Yonhap) -- South Korea plans to actively promote efforts by the international community to set up a viable worldwide e-Navigation system that could greatly improve efficiency and safety in the shipping industry, the government said Sunday.

The Ministry of Oceans and Fisheries said the second e-Navigation Underway Asia-Pacific gathering, which kicks off in Seoul on Monday for a two-day run, will be attended by 200 officials from 20 governments and international organizations, academia and related businesses.

Organizers said there will be a total of five sessions with 22 reports being presented.

The International Maritime Organization and countries around the world are striving to get the system operational by 2020.

"With the latest gathering, Seoul will encourage greater participation and interest in e-Navigation among Asia-Pacific countries and showcase advances made by South Korea that can be used in the creation of a global standard in this field," a ministry official said.

He said in the past discussions on e-Navigation were generally centered on the United States and European countries. 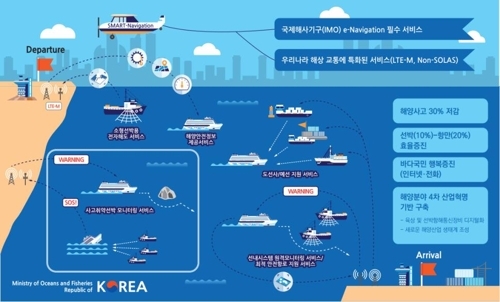