The country's food prices ranking fell to 30th in January, due to having contracted during that month, but started to rise in February. South Korea placed 10th in this category in September of 2017.

The OECD said food prices rose sharply in February due to the sudden cold spell that affected output of fresh produce, with numbers being rocked by rises in staple grain prices in the following month.

The rise in grain, centered on rice, caused the country's food prices to move up 1.5 percent in March.

For April, the findings showed prices were influenced by the 76.9 percent spike in potato prices. The on-year increase is the highest reported since the 85.8 percent rise in March of 2004.

The rise in food prices comes as the country's inflation numbers on the whole remained relatively stable, moving from a 1.4 percent increase in February to 1.3 percent and 1.6 percent gains in the following two months, respectively.

In May, South Korean overall consumer prices moved up 1.5 percent, while those for food advanced 2.5 percent, data by Statistics Korean showed.

The state agency said that while both fresh and processed food affect overall prices, it is the former that fluctuates more.

Experts here said that while various weather conditions have affected food prices, in the case of South Korea, it is always rice that is most influential in terms of inflation. Rice is by far most important agricultural product cultivated in the country.

"At present it is hard to determine supply and demand numbers for the coming months," a government official said. 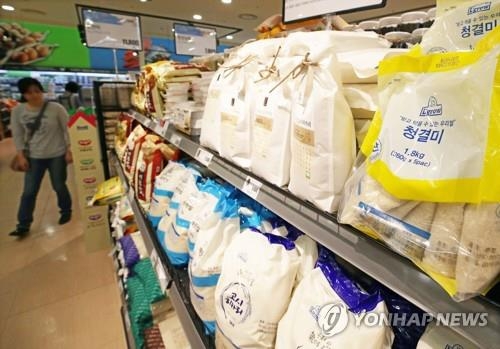