BEIJING, June 3 (Yonhap) -- A senior North Korean official arrived in Beijing on Sunday on his way back home from a rare trip to the United States that included a meeting with U.S. President Donald Trump.

Kim Yong-chol, vice chairman of the central committee of the North's ruling Workers' Party, landed at Beijing's Capital International Airport around 8 p.m. on an Air China flight from New York.

Kim is expected to spend the night at the North's Embassy in Beijing before heading home on Monday.

Sources said that Kim could meet with Chinese officials before departing for home to brief them on the results of his meetings with U.S. officials.

While in the U.S., Kim held talks with U.S. Secretary of State Mike Pompeo in New York to discuss preparations for the upcoming summit between Trump and North Korean leader Kim Jong-un set for June 12 in Singapore. 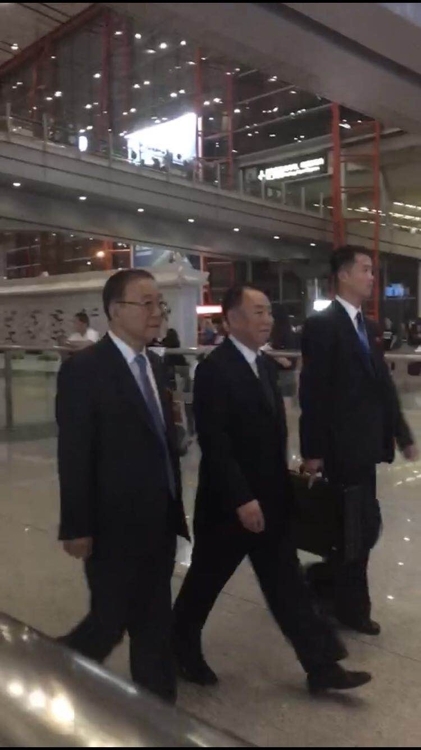