WASHINGTON, June 3 (Yonhap) -- A senior White House official acknowledged Sunday that it will take time to dismantle North Korea's nuclear weapons program even if the United States would like to see immediate denuclearization.

Larry Kudlow, director of the National Economic Council, made the remark on Fox News as the two countries prepare for a high-stakes nuclear summit in Singapore June 12.

"I think at the end of that process, that's the goal, unilateral denuclearization, disarming them and so forth," Kudlow said, noting that he is not directly involved in the talks. "It is going to be a process. But sure, these negotiations take time."

The planned meeting between U.S. President Donald Trump and North Korean leader Kim Jong-un has raised expectations for a breakthrough in the decades-long standoff over Pyongyang's nuclear weapons and ballistic missile programs.

On Friday Trump appeared to play down the expectations, saying the unprecedented summit between the two countries will be the beginning of a process.

"You're not going to change Rome in a day. And I think that's a very realistic attitude," Kudlow said. "The key point is that we're sitting down. And the second key point is that the president has been bolder on this and Korea, and, by the way, on world trade than any other recent president."

Trump also said he would hold off on additional sanctions against Pyongyang while talks are under way. He said he longer wanted to use the term "maximum pressure" for his policy on North Korea because the two countries were getting along.

Kudlow said the president has no intention of easing sanctions yet.

"I think over time, over time it may be relaxed, but right now I don't think so," he said. "I think the sanctions (that) are in place are very tough, very strong." 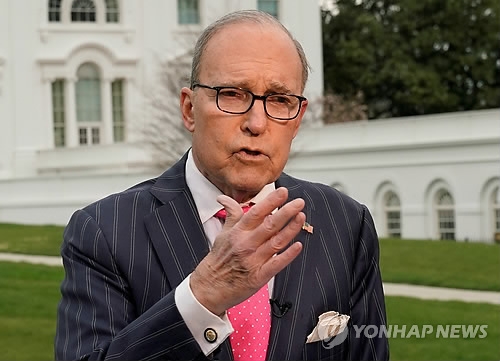