Salzburg, Austria, June 4 (Yonhap) -- The South Korean men's national football team has arrived at its training camp in Leogang, Austria, to gear up for the 2018 FIFA World Cup in Russia.

The Taeguk Warriors, led by head coach Shin Tae-yong, had a 12-hour flight from Incheon to Wien and took a bus to arrive in Leogang on Sunday. South Korea's 23 players will train in the popular ski resort town until they fly to Saint Petersburg, Russia, where their World Cup base camp is located, on June 12.

The Korea Football Association (KFA) decided to set up South Korea's pre-World Cup training camp in Leogang after the city's environment and weather resemble that of their competition venues during the Russia World Cup.

In their World Cup Group F campaign, South Korea will first face Sweden in Nizhny Novgorod on June 18 and then take on Mexico in Rostov-on-Don on June 23. South Korea will play against defending champions Germany in Kazan on June 27. 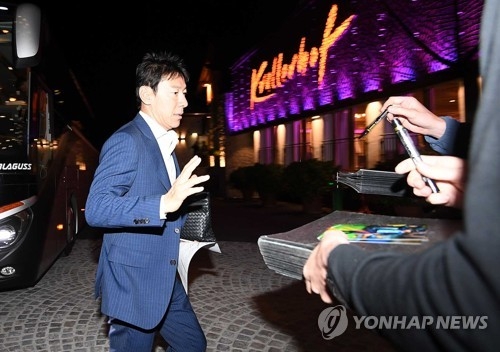 "Leogang has similar conditions to Neustift near Innsbruck, a training camp for the 2010 World Cup, where South Korea reached the round of 16," a KFA official said. "It's the best place to train before going to Russia."

During their stay in Austria, South Korea will have two World Cup warmup matches. Shin's side will take on Bolivia on Thursday and will face Senegal four days later.

South Korea will use a hotel that is only five minutes away from their training ground. Shin's team has brought 4.5 tons of luggage to Austria, which includes medical equipment like shockwave therapy (ESWT) and laser therapy machines. 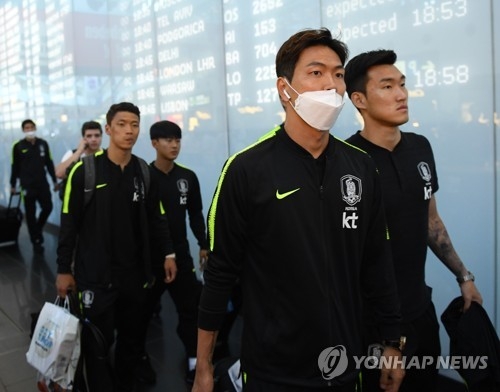