Offshore investors picked up a net 534.8 billion won (US$499.34 million) worth of shares on the tech-laden KOSDAQ market in May, while institutions and retailers sold off 180.4 billion won and 171.0 billion won worth of the shares, respectively, according to data by the Korea Exchange (KRX).

The May purchase is the largest since April 2004 when foreign investors bought 723.4 billion won on the KOSDAQ bourse, and the third biggest in the market's history, the KRX said.

The record monthly amount of foreign buying was 1.02 trillion won in February 2000 when the dotcom boom swept through the country.

Offshore investors' major choices last month were bio and pharmaceuticals: HLB topped the list as foreigners scooped up 206.8 billion won worth of shares, followed by Celtrion with 99.2 billion won, Viromed with 91.4 billion won, and Medytox with 90.1 billion won, according to the data.

"Ahead of major international gatherings in the bio sector, foreigners appear to have picked up local bargains of pharmaceuticals and bio shares, which have tumbled in recent weeks," said Jeong Da-ie, an expert at Meritz Securities Co.

"KOSDAQ shares seem to have attracted foreign investors as, compared with major KOSPI-listed shares, they are less affected by external factors," Roh Dong-gil, an analyst at Shinhan Investment Corp. "The secondary market will gain upward momentum in earnest in the fourth quarter of this year."

This year, foreigners have been shifting their courses often on the second-tier market.

In January, they were net buyers, but offloaded the largest ever amount of KOSDAQ shares, worth 1.26 trillion won, in February. They then turned to net buying mode in March, but went on a selling spree in the following month, according to the KRX.

On Friday, the KOSDAQ market closed 883.22 points, up 0.4 percent from the previous session. 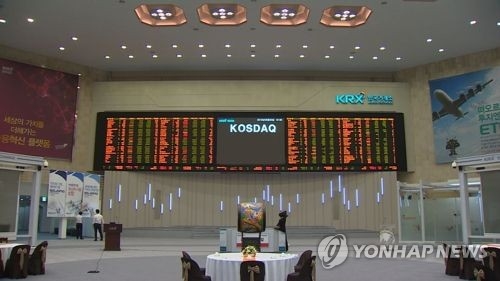