SEOUL, June 4 (Yonhap) -- The two Koreas will face a set of tricky issues, including the maritime demarcation line, in their first general-grade military meeting in more than a decade to be held next week, observers here said Monday.

The talks are set to take place on June 14 in Tongilgak, a North Korea-controlled building at the truce village of Panmunjom, in line with the April 27 inter-Korean summit declaration that calls for joint efforts to alleviate military tensions and "practically eliminate the danger of war."

The military talks, initially slated for May, were postponed, as Pyongyang abruptly canceled bilateral high-level talks in protest against the annual South Korea-U.S. air force drills.

At the military talks, the two sides are expected to touch first on less sensitive issues, such as restoring a military communication line, holding defense talks on a regular basis and establishing a hotline between their top commanders.

But they could also exchange views on thorny issues, such as turning the Northern Limit Line (NLL), a de facto sea border, into a maritime peace zone and transforming the heavily fortified Demilitarized Zone (DMZ) into a genuine peace zone.

During the Panmunjom summit in April, South Korean President Moon Jae-in and North Korean leader Kim Jong-un agreed to work together to address the knotty issues surrounding the NLL and DMZ.

The NLL has long been a thorn in the two Koreas' military ties, as Pyongyang has disputed it, arguing that it was drawn unilaterally by the U.S.-led United Nations Command (UNC) after the end of the 1950-53 Korean War. The North has claimed that the line should be redrawn farther south.

During the two-year armistice negotiations, the UNC and the communist side agreed on the land demarcation line, but they failed to reach a consensus over the maritime demarcation.

At the time, the two sides remained poles apart over the scope of territorial waters. The UNC stuck to the then international standard of a territorial sea limit of 3 nautical miles so as to put the five western border islands, including Yeongpyeongdo, under its control. The North, at the time, claimed a 12-nautical-mile limit from its coastline.

Then UNC commander Mark W. Clark drew the Northern Boundary Line in the East Sea in August 1953 by extending the land demarcation line to limit the operational areas of UNC air and naval forces with an aim to prevent needless conflicts and stably manage the armistice.

For the same purpose, the commander established the Northern Patrol Limit Line in the West Sea in line with the 3-nautical-mile standard. In 1997, the names of the two lines were unified into the Northern Limit Line.

Since the early 1970s, Pyongyang has challenged the NLL through surprise crossings or naval attacks, turning the waters near the NLL into a major flashpoint of the peninsula. The dispute continued despite a 1992 agreement that until a "nonaggression maritime boundary" is fixed, the two sides will regard the area, which has been managed by each other's military, as a zone of nonaggression.

In next week's military talks, the two sides are expected to spar over how to designate a maritime peace zone involving the NLL.

The issue of turning the DMZ into a peace zone is another challenge.

Some observers have raised the possibility that the two militaries could discuss reducing or withdrawing some military equipment or guard posts in the buffer zone, as part of efforts to prevent accidental clashes and reduce border tensions. 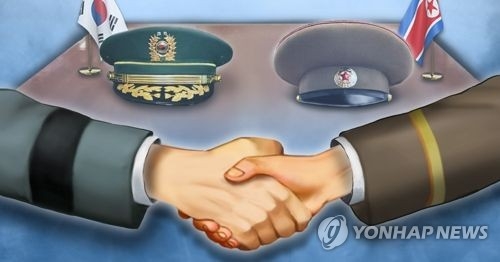