SEOUL, June 4 (Yonhap) -- Nature Republic Co., a South Korean cosmetics firm, said Monday it has opened its first outlet in Saudi Arabia as it moves to its expand presence in overseas markets.

Nature Republic said it has signed an agreement with local retailer Fawaz Alhokair to open up to five outlets in the Middle Eastern country within this year, starting with the new store in the capital city of Riyadh.

The Middle East's cosmetics market is expected to grow by as much as US$36 billion by 2020, the company said, adding that the Saudi Arabian cosmetics market has grown by an annual average of 15 percent in recent years as the largest beauty market in the region.

Nature Republic now has stores in 18 overseas countries, including China and Vietnam. 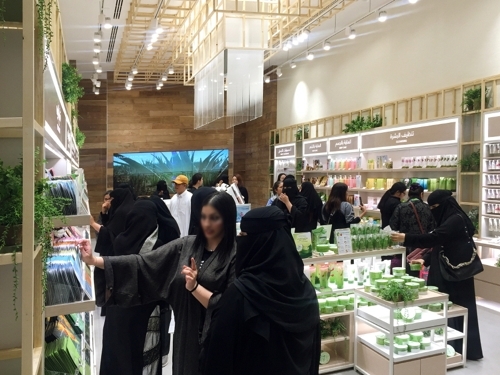