SEOUL, June 4 (Yonhap) -- Koreans gave an average score of 6.4 on a 0 to 10 scale for the level of satisfaction with their quality life, a government survey showed Monday.

Hankook Research conducted the inaugural survey from May 15-21 after being commissioned by the Ministry of Culture, Sports and Tourism. 1,500 adult respondents were asked how satisfied they were with their life. 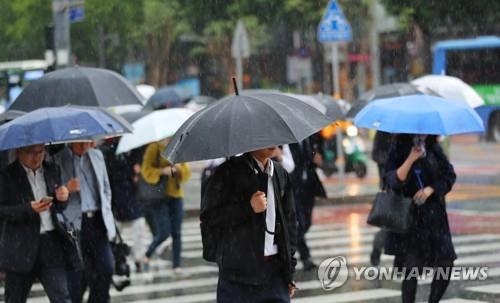 Single-person households were found to have the lowest satisfaction with an average score of 6 while four-member households had the highest with 6.6.

While people were generally content with family life (7.9), health and medical services (6.7), childrearing and education (6.4) and residential environment (6.4), they were not very happy with job, income, social welfare, natural environment and disaster safety (5.8) as well as culture and leisure (5.6).

The biggest concerns for Koreans were health and medical services (57.2 percent), followed by job and income (49.4 percent) and social safety net and welfare system (30.2 percent), the last two being areas that the respondents considered to be in serious need of immediate attention from the government.

The ministry said it will conduct the survey annually and use the results for policy making and execution.

Koreans' average level of life satisfaction found to be 6.4 out of 10

Koreans' average level of life satisfaction found to be 6.4 out of 10